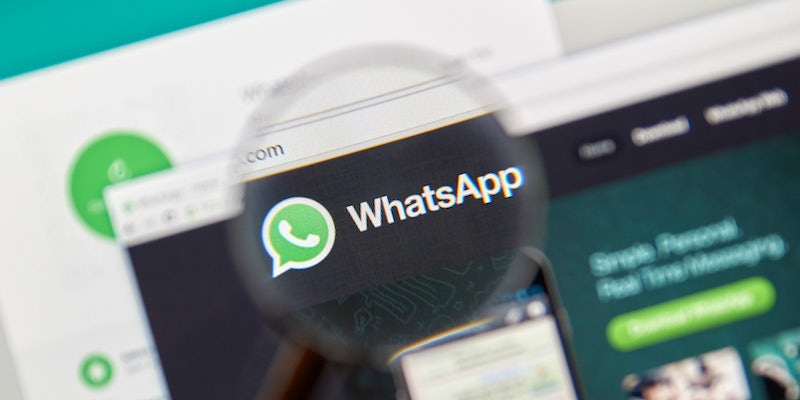 There were 39 arrested in a major operation.

Police in Spain have arrested 39 people involved in the distribution of child pornography on Facebook-owned messaging app WhatsApp. The Spanish authorities said they found hundreds of thousands of files that contained “abusive” and “humiliating” treatment of children between ages zero and eight.

The criminals involved in this disturbing activity came from countries all around the world, including Argentina, Bolivia, Chile, Colombia, Costa Rica, Ecuador, El Salvador, Germany, Guatemala, Italy, Mexico, Paraguay, Peru, and Portugal. A police statement Tuesday said they ran more than 100 group chats with 135 users in 18 countries in Europe, South America, and North America. Seventeen of the 39 arrests were made in Spain.

The operation against the major child pornography distribution network was conducted by the International Criminal Police Organization (Interpol) and the European Police Office (Europol).

The investigation started in mid-2016 when a high-tech crime unit in Spain dug into an encrypted network used by criminals to hide their identity. Authorities discovered that dark sites were directing users to specific WhatsApp chat rooms.

“These offenders are pushing the boundaries of modern technology to try to avoid being caught by law enforcement,” said Rob Wainwright, director of Europol.

Police officers searched the homes of those arrested and seized “hundreds of devices containing several terabytes of child sexual exploitation materials,” according to Europol. One home in Luga, Spain, contained documents that listed the names, ages, and places where encounters occurred dating back several decades.

“Child exploitation has no place on WhatsApp,” said a spokesperson at the company. “When we’re made aware of these accounts, we investigate, disable users that violate our terms, and assist with law enforcement as they track down and prosecute criminals.”