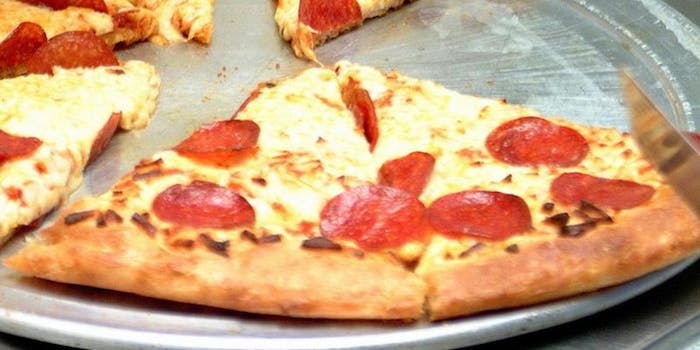 The Freshman 15 has never been so educational.

In college, going to class is basically just an opportunity to play Trivia Crack and message the guy you hooked up with last night on Tinder. But students at California State University Chico and Penn State now have a new reason to pay attention during class: free food.

The campuses have rolled out an app called Pocket Points, which gives students discounts and free “points” at campus eateries, depending on how long they can avoid checking their phones during class.

Basically, here’s how Pocket Points works: You download the app on your phone, then pull it up when you get to class. (It uses location-tracking technology, so it can tell when you’re in a classroom.) When you lock your phone, the app measures how long it takes for you to unlock it again.

The longer you leave your phone locked, the more “points” you get at local restaurants and sandwich shops, which you can then redeem for free food. For 15 points, for instance, you can get two free cookies at a restaurant called the Pita Pit at Penn State. It takes about 20 minutes to earn one point, but here’s the kicker: The more people download the app and use it on campus at the same time, the faster you can earn points.

Is Pocket Points’ method for getting kids to pay attention in class any different from your mom plying you with candy to do your math homework? Nope, not really! But because Pocket Points is meant for college kids, let’s not call it bribery. Let’s call it an “incentive-driven educational system” instead. And if you pack on a few extra inches to your waistline while you’re using it, at least you’ll also be packing on a few grade points as well.