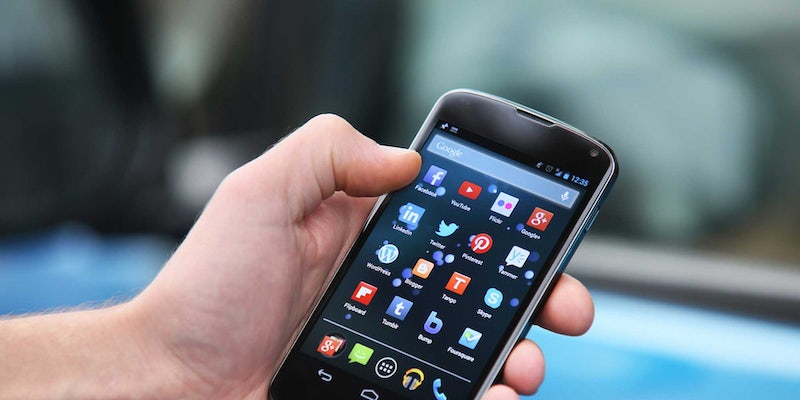 On Friday, the House of Representatives passed a bill that will give Americans the freedom to unlock their phones and move to a new cell phone carrier.

Sen. Patrick Leahy, who co-sponsored the Senate’s version of the bill, which passed two weeks ago, issued a press release praising the House for passing the Unlocking Consumer Choice and Wireless Competition Act.

The bill essentially revives a rule that the Library of Congress issued in 2010 but did not renew in 2012 exempting phone unlocking from the provisions of the Digital Millennium Copyright Act of 1998. As part of its oversight of national copyright law, the Library of Congress is empowered to issue exemptions to the act, which governs how Americans can use licensed technology hardware and software. Controversy over the DMCA’s application has dominated the digital copyright debate since its passage, as its provisions apply to everything from the MPAA’s prosecution of movie pirates to the increasingly unpopular prohibition on cell phone unlocking.

The bill that just passed the House and now goes to President Obama’s desk is not a permanent fix for this oft-maligned prohibition. Because it only revives the Library of Congress’ rule, it is still subject to review by the library beginning next year. Barring an amendment to the DMCA, the only way to preserve the freedom that Congress just gave the American people is for the library to continue issuing this exact same exemption every three years.

Sina Khanifar, a member of a tech policy advocacy group which operates a campaign to fix the DMCA, said he was optimistic that the library would heed public sentiment, but said that problems with the DMCA still remained.

“With such a strong signal from Congress, it’s very unlikely that the Librarian will remove the unlocking exemption,” Khanifar said. “But the fact that public advocacy organizations have to make a fresh case for an unlocking exemption every three years is a perfect example of why the underlying copyright law, Section 1201 of the Digital Millenium Copyright Act, is in dire need of an update.”

In his press release, Leahy noted that the bill does not stop with cell phones. It also orders the Library of Congress to “consider whether other wireless devices, like tablets, should be eligible for unlocking.”

This is somewhat of a milestone for digital democracy. As The Hill notes, the Unlocking Consumer Choice and Wireless Competition Act is the first substantial legislation to arise from a petition on the White House website. The original petition, posted on January 24, 2013, by S.K. from San Francisco, garnered over 114,000 signatures. On December 12, 2013, the White House announced a voluntary agreement with the nation’s major cell phone carriers to permit cell phone unlocking.

The bill that just passed Congress will formalize that voluntary agreement from last December, albeit only temporarily.

“Once the President signs this bill into law,” Leahy said, “consumers will be able to more easily use their existing cell phones on the wireless carrier of their choice.”

H/T The Verge | Image via Highways Agency/Flickr (CC BY 2.0)