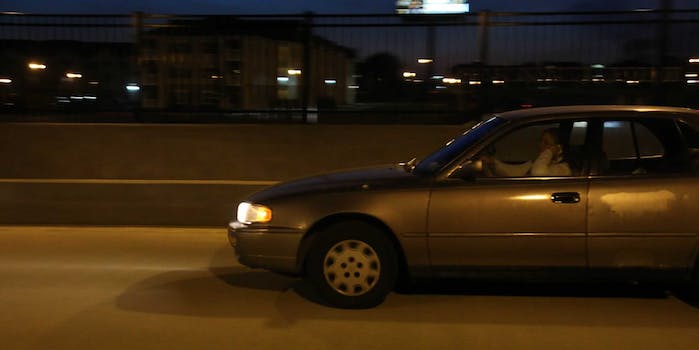 This software knows if you’re using your phone while driving

Put your phone away before your car gets angry.

Despite the fact that everyone with a phone knows talking on it while driving is a significant risk, plenty of people continue to do it every single day. All the statistics in the world can’t seem to make us understand, so researchers from Brazil’s Santa Catarina State University have come up with a dashboard-mounted system that will force drivers out of their dangerous habit.

Using a camera situated directly in front the driver, the system keeps a close eye on the driver’s face and snaps an image 15 times per second. Then the software crops the driver’s face and scans either side of the image for signs of a hand that might be holding a phone. It does this in three-second blocks, which should help avoid false positives.

Testing revealed that the system works with nearly 90 percent accuracy, but falls dramatically during certain lighting conditions, such as when sunlight is beaming directly onto the driver. It’s not perfect, but it’s still quite impressive.

There are various possibilities for application of this technology. When the driver is detected talking on the phone, the vehicle could sound an alert or warning, though how effective this type of system would be remains to be seen. If there were an option to simply disable it, most drivers who frequently make calls would likely just hit the “off” switch.

Then there’s the issue of actually getting it into a driver’s car. In all likelihood it would need to be included from the manufacturer, as asking car owners to purchase a monitoring device for their own vehicles is a pretty poor idea. That being said, if a system like this has the power to save lives, carmakers may well see the value in it.