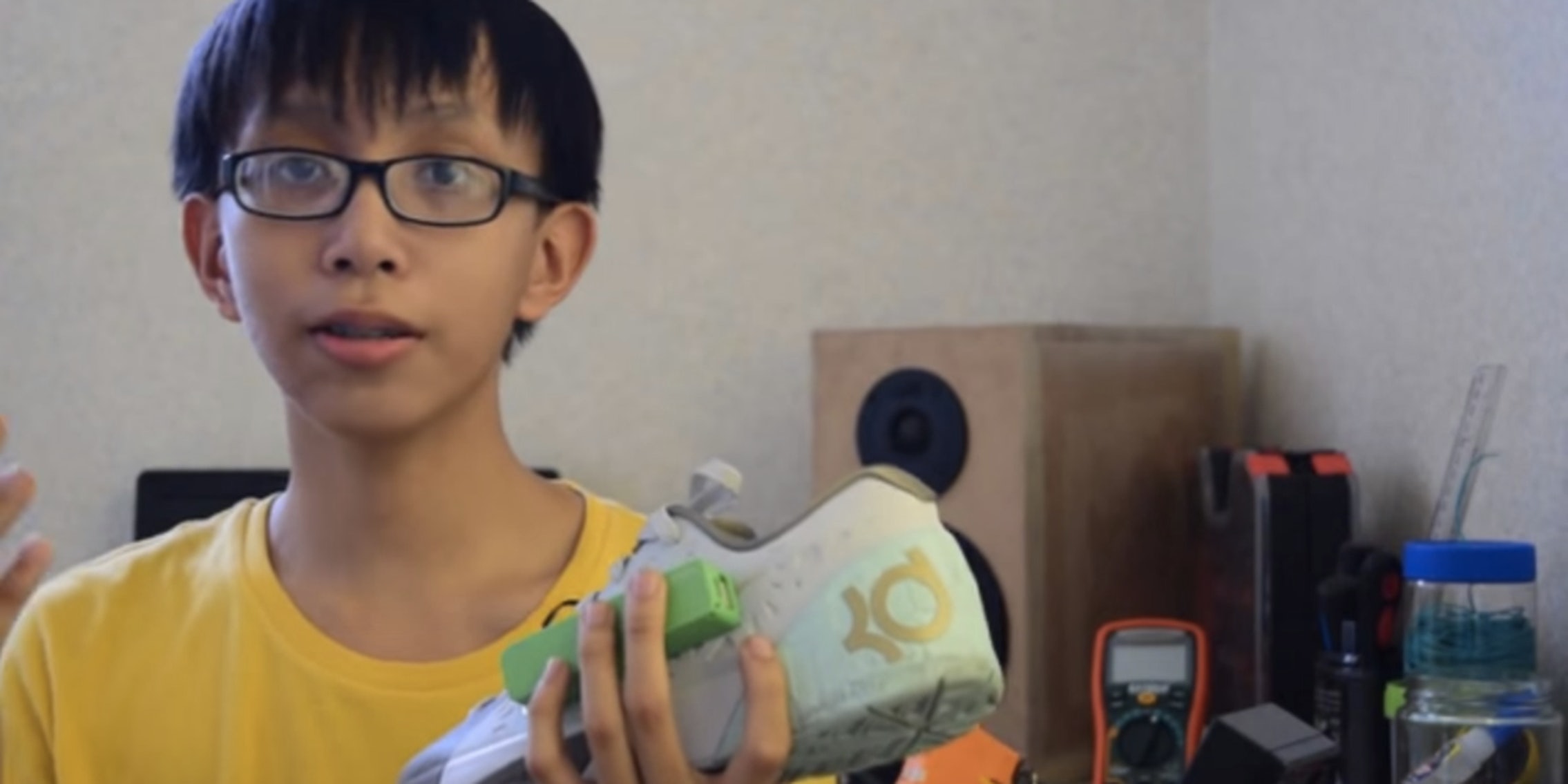 So you'll never have to worry about leaving your iPhone charger behind at the office again.

When you were 15, the most sophisticated innovation you ever came up with was probably a bong made out of Wilson tennis balls, or a way to do shots in school that involved a bunch of tampons soaked in Captain Morgan’s. Filipino teen Angelo Casimiro, however, has just invented a device that kicks your tennis ball bong’s ass: an electricity-generating shoe that charges your cellphone as you walk.

Basically, here’s how the device works: The generator consists of two pairs of physio-electric discs, which are placed on the insole of a shoe (Casimiro says it feels a bit like a “gel slip-on”). When the user walks, runs, jumps, or puts any sort of pressure on the discs, it produces energy, which can be used to charge your cell phone via USB. It can also charge radios, flashlights, or pretty much any other USB device.

Casimiro says that his device is ideal for joggers or hikers on the go who don’t have access to phone chargers, as well as for thos living in remote villages who don’t have regular access to electricity.

Unfortunately, Casimiro’s device currently requires an awful lot of movement to build up to full capacity: Early experiments have determined that it takes roughly eight hours of running or jogging to fully charge a lithium ion battery, and two hours of playing basketball can only charge a cell phone for up to ten minutes.

As impressive as Casimiro’s idea for a self-charging shoe is, it’s not entirely new: Last year, the inventors of a device called SolePower launched a Kickstarter for a similar product, which was also an insole that could be used to charge a cell phone. SolePower also appears to be a bit more effective than Casimiro’s device. Early tests have demonstrated that a two-and-a-half mile walk was sufficient to fully charge a smartphone.

Nonetheless, Casimiro’s drive is impressive—even if, like me, you’re slightly nauseated by precocious teen energy. Even still, his enthusiasm and his fascination with renewable energy in the above video are infectious, which should serve him well in the 2014 Google Science Fair, the “global online science and technology competition” where he’s entered his device. We’ll find out how he fares in the contest soon enough: Regional and local finalists will be announced June 26.