Petition demands Chelsea Manning be kept out of solitary confinement

After an anonymous U.S. official leaked the news that whistleblower Chelsea Manning had attempted suicide in prison, advocates are trying to prevent the Fort Leavenworth prison from moving her to solitary confinement—with a new petition that logged thousands of signatures the day it was created.

Manning, the former Army private convicted in 2013 of delivering sensitive documents to WikiLeaks, told American Civil Liberties Union attorney and transgender advocate Chase Strangio that she attempted to take her own life in prison on June 5.

A spokesperson for Manning said the transgender woman has not received adequate counseling for gender dysphoria and that “her course of treatment is constantly irregular and therefore less effective.” 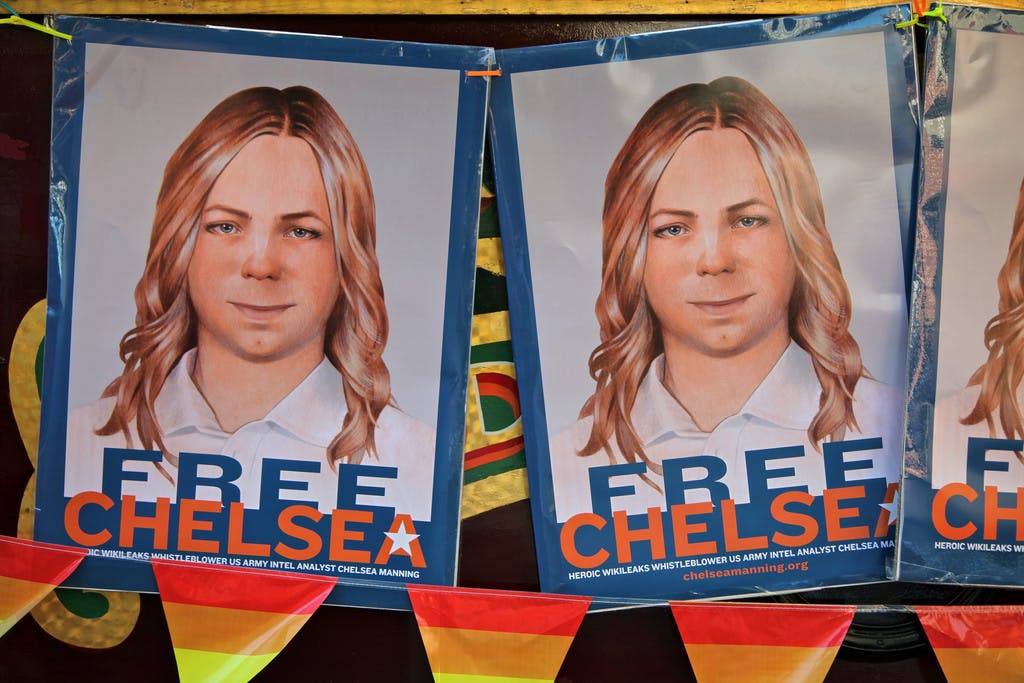 Manning told Strangio she received a slew of additional charges stemming from the June 5 suicide attempt, including “resisting the force cell move team;” “prohibited property;” and “conduct which threatens.” Because of the charges, Manning now faces indefinite solitary confinement as well as nine more years in medium custody and an elevation to maximum-security status.

Manning is not currently in solitary confinement, Evan Grier, campaign director of internet advocacy group Fight for the Future, told the Daily Dot.

Following news of this hefty set of punishments, a movement has been building to prevent Manning from being punished further.

On Monday, Care2 LGBTQ Issues Advocate Sarah Rose created a petition demanding the Army halt the process of moving Manning to solitary confinement. By Wednesday morning, the petition had received nearly 8,000 signatures—surpassing its original goal—and has since risen to more than 8,500 at the time of publication.

“As a transgender woman and advocate, I’m concerned about the treatment of every trans woman in the military,” said Rose in a statement emailed to the Daily Dot. “This is especially true for Chelsea Manning, who has been subject to cruel and unusual punishment under the military judicial system simply for doing the nation a public service by exposing military wrongdoing.”

According to the Daily Dot’s July 28 coverage of Manning’s suicide attempt, the Army’s methods of punishing suicide victims have led to controversy and protest before. After First Lieutenant Elizabeth Whiteside tried to shoot herself in Baghdad during a 2007 mental health breakdown, she was diagnosed with severe major depressive disorder. She also faced charges, including “intentional self-injury without intent to avoid service.”

Manning’s original sentence of 35 years, unless it is lowered without new charges added, will keep the 28-year-old in U.S. Army prison custody for the majority of her life.