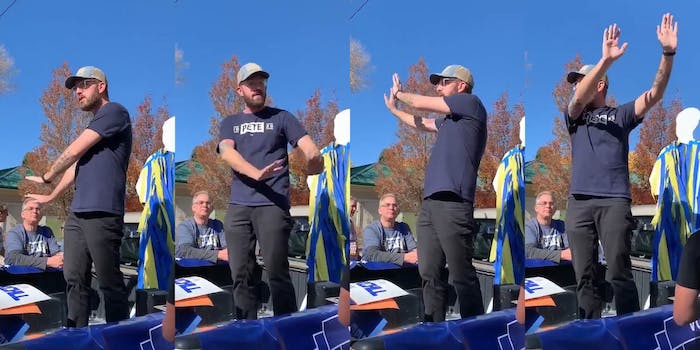 You didn’t know Pete Buttigieg had a Panic! at the Disco dance? Lol of course he did. Because the hip millennial mayor has “high hopes” for the country (Medicare for some, modest gun reform proposals, incrementalism across the board). As such, he’s been coming out to rallies around the country to Panic! at the Disco’s “High Hopes.”

Ready? Here’s how it goes, according to a campaign organizer:

Excellent. This is how we beat Trump.

Here’s a video just in case you don’t already want to die.

Can’t wait for the entire nation to be forced to perform this at the inauguration.

Buttigieg is currently polling fourth in the 2020 race but is just going around claiming he’s polling second.