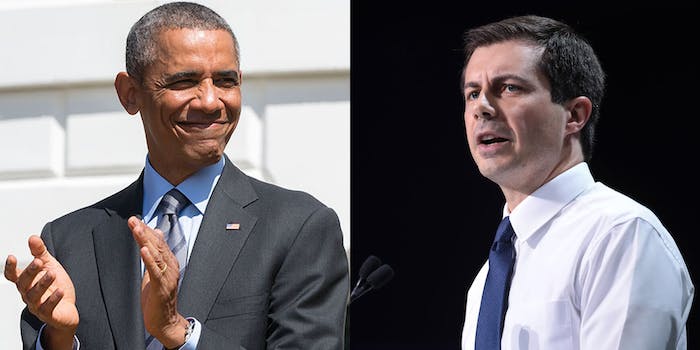 A video comparing the two has gone viral.

Pete Buttigieg, the former mayor of South Bend, Indiana and 2020 Democratic presidential hopeful, has already been accused of plagiarizing a speech from former President Barack Obama.

But now people online are quickly noticing they another similarity: Buttigieg has seemed to adopt the former president’s speech voice.

A video comparing the former mayor and the former president making speeches compiled by the Recount shows just how much Buttigieg seems to use the same lines and rhetoric Obama did.

The video has gone viral, with nearly 16,000 people liking it as of Tuesday morning. The similarities between Buttigieg and Obama’s speech has also been noticed before.

The speech comparison video comes a few days after Buttigieg was accused of plagiarizing a campaign speech given by Obama in 2008 during his first presidential campaign.