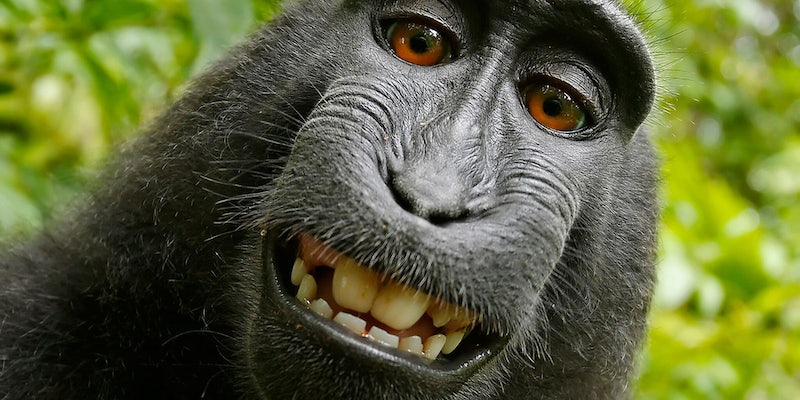 Four years later, PETA's getting in on the monkey-selfie business.

You can thank PETA.

People for the Ethical Treatment of Animals has filed a lawsuit on behalf of Naruto, an accomplished crested macaque in Sulawesi, Indonesia. According to nature photographer David Slater, in 2011, Naruto saw Slater’s camera and did something remarkable: She picked it up and hit the shutter a few times while it was pointed at her face. 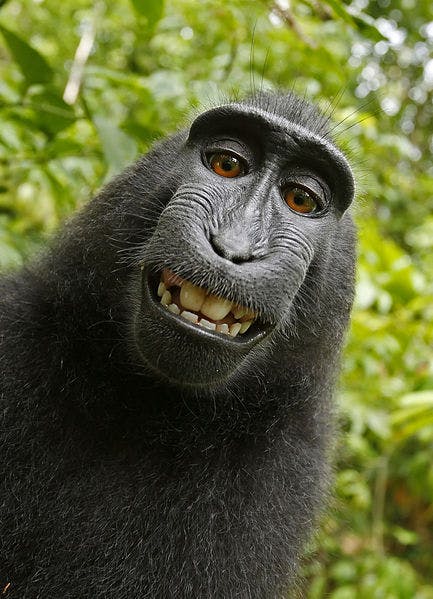 What followed was something of a legal battle. Slater had claimed he owned the copyright, since hey, it was his camera, and he played a role in the photo’s creation, something no other person could say. But the Wikimedia Foundation happily put it among its Creative Commons-licensed photos, arguing that the photo is uncopyrightable.

The U.S. Copyright Office even weighed in on the matter. In August 2014, the country’s leading authority on copyright issued its first updated set of guidelines since 1984, and declared, pretty succinctly “‘authorship’ implies that, for a work to be copyrightable, it must owe its origin to a human being,” even citing “a photo taken by a monkey,” as an example of a work shaped by natural elements.

The office even clarified to the Daily Dot that, for some reason, it included the monkey example as “merely hypothetical,” despite there having recently just been a monkey-selfie controversy.

To be fair to PETA’s point of view, it seems Naurto did, in fact, have the same kind of agency, ability, and creativity that any human being possesses when taking a selfie. But even if their suit fails, the group will still have made its point.

“If we prevail in this lawsuit, it will be the first time that a nonhuman animal is declared the owner of property, rather than being declared a piece of property himself or herself,” PETA lawyer Jeffrey Kerr said in a statement.