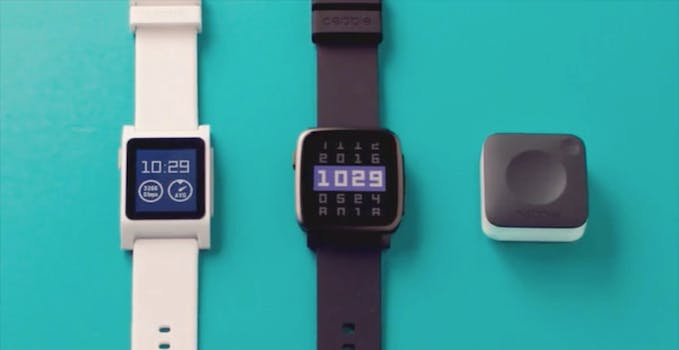 Pebble unveils the next evolution of its smartwatch lineup

Back where it all started.

What time is it? Time for Pebble to launch a new line of smartwatches, apparently. The crowdfunded watch maker is back to Kickstarter with a new campaign for wearables that put even more of an emphasis on health.

After upgrading the original Pebble with a steel version and then an all-new color edition, Pebble has finally seen fit to create a true sequel to its most popular device, and they’re calling it Pebble 2. Included in the company’s third Kickstarter campaign are refreshes to the original Pebble and the spiffier-looking Pebble Time.

The updated models of the devices include a new focus on health features, a necessity for Pebble to keep up with as other fitness trackers and sensor-packed smartwatches like the Apple Watch encroach on the company’s market share.

Both wearables include a heart rate monitor to add the activity-tracking Pebble Health software—which syncs with both Apple HealthKit and Google Fit—that can already count steps and track activity as well as sleep. Pebble has also included a new “Adaptive Goals” feature that integrates Pebble Health into your calendar and helps you squeeze in a workout that works for you even when it seems like there’s no time.

An expanded 10 day battery life on both wearables, plus water resistance makes the Pebble lineup a legitimate competitor with other popular fitness trackers.

While the health features will help shape a user’s body, the Pebble 2 is slimming down itself. The company has shaved down the bulkiness of its original Pebble build while maintaining its 1.26-inch, black-and-white epaper display. The Pebble Time 2 is going the opposite direction, adding 53 percent more display size to its higher resolution, color epaper screen.

The announcement of the new smartwatches does mean an end to part of Pebble’s existing lineup. The Pebble Time Round, the company’s lone circle-faced watch, will remain without an update, while the original Pebble, Pebble Steel, Pebble Time, and Pebble Time Steel will be phased out.

The most interesting part of the latest Pebble Kickstarter campaign isn’t even the new line of watches, but the entirely new device the company has introduced. Pebble Core is the company’s first attempt to ditch the watch format entirely and create something new.

The best comparison for the Core is an iPod Shuffle. The small, square-shaped device has no display and is designed to give users the core elements they need for a workout while enabling them to ditch the smartphone and armbands. 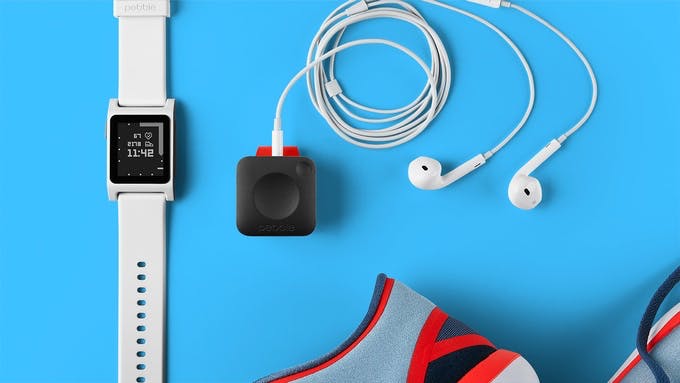 The clip-on wearable It features a GPS to track distance and location, and can play Spotify thanks to internal storage that can hold playlists or a built-in SIM card that allows streaming over 3G connectivity. The Core can also be paired with Pebble when in range.

Not just for runners, the Core is also aimed at hackers who want to see what they can do with the little wearable. It features a single button that can be modified to serve just about any purpose thanks to its programable nature. Pebble describes it as a “tiny, unlocked Android 5.0 computer.”

Pebble has already well surpassed its goal of $1,000,000 just hours into its campaign, so any prospective purchasers looking to lay claim to the latest devices from the company should get in while they can.