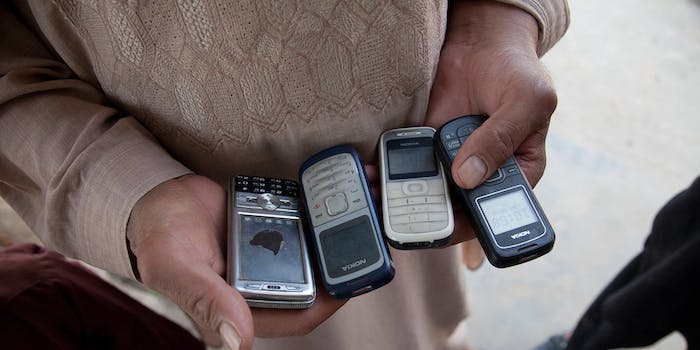 Paywast has over a million fans in Afghanistan, and an origin story that involves the State Department.

Afghanistan’s first mobile-based social networking platform is also its most popular, boasting more users than both Facebook and Twitter in the country. Since launching from the luxurious Hotel Serena in Kabul, in January 2011, Paywast has captured one third of the SMS market in Afghanistan. It has 1.6 million users and counting, runs a news reader app similar to Facebook’s, and has received international awards.

It was also backed by the United States, just like Cuba’s failed ZunZuneo network.

Eileen O’Conner, the deputy assistant secretary of state for South and Central Asia and the senior director of communications and public diplomacy for the Special Representative for Afghanistan and Pakistan, confirmed this to the New York Times on Tuesday. Although the social network has never openly admitted that the U.S. government is involved, O’Connor said it was one of the media programs the government supported in Afghanistan. The State Department awarded UStronics, the Virginia-based company that owns Paywast, a contract for $5.72 million dollars to create a communications service in Afghanistan back in 2010.

The U.S. government was widely criticized criticized for its clandestine work on Cuba’s ZunZuneo. But its involvement with Paywast has drawn less ire because it was less secretive. As ThinkProgress reports, David Ensor, the former communications director at the U.S. Embassy in Kabul, openly spoke about the government’s involvement with the project, even back in 2011. Ensor even called the network the “Twitter for Afghanistan.”

So why is Paywast a success where ZunZuneo failed?

Paywast means “to connect” in Dari, a Persian language, and the service primarily connects people through SMS. It makes group texting easy. Since only 5 percent of Afghanistan’s residents have Internet access but over 65 percent own a mobile phone, Paywast’s SMS-based system appeals to more users than foreign social networks that require smartphones or desktops.

ZunZuneo, for its part, simply didn’t gain enough traction in Cuban society before USAID pulled funding. But Paywast is already being used as a political polling system. During the 2014 elections (which have not yet been decided, since none of the candidates snagged enough of the vote) Paywast’s surveys garnered over 100,000 data points.

The company even shared results from the survey on Facebook and Twitter, giving western viewers insight into how ordinary Afghans saw their elections. Paywast is far more valuable to the Afghan people than ZunZuneo was to Cubans, and the U.S. involvement is less of an issue; in Afghanistan, many people assume the U.S. is involved with large projects as their default attitude. The U.S. didn’t cloak their involvement because they didn’t have to bother.

While the failure of ZunZuneo stands as a cautionary tale about how the U.S. can waste money and alienate other nations by attempting to sway hearts and minds through social media, Paywast offers a different potential narrative about the future of the government’s role in social media. Paywast shows it’s possible for the State Department to fund a foreign social network without angering local governments and residents.