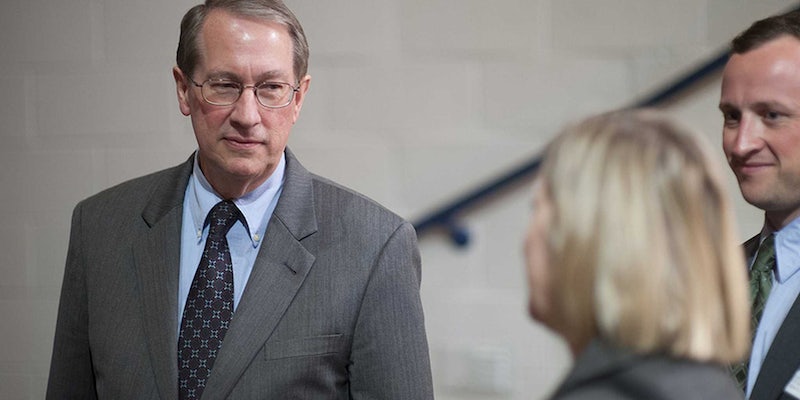 The end of patent trolls is nigh

The chairman of the powerful House Judiciary Committee has introduced legislation that could significantly injure the business model of overly litigious patent trolls. Though it won’t ban the practice outright, it may be the best chance yet of getting patent reform legislation through Congress.

“Abusive patent litigation is a drag on our economy,” said Goodlatte (R-VA), who heads a key committee related to the bill. “Everyone from independent inventors, to start-ups, to mid and large sized businesses face this constant threat.”

Patent troll is a pejorative term that’s been around for years. It’s been applied to a number of firms whose revenue comes from holding patents (sometimes on products they didn’t even create) and pursuing litigation. They don’t actually produce anything. Patent trolls have long plagued app developers, podcasters and Silicon Valley startups, according to NPR’s This American Life. Due to the high cost of litigation, plaintiffs make money by winning out-of-court settlements or coercing defendants into licensing agreements.

Backed by leading patent troll opponents like the Computer and Communications Industry Association and the Electronic Frontier Foundation, the legislation won’t completely eliminate the practice. But it will place a higher burden of proof on the plaintiffs and hopefully make their business model a less attractive one, Goodlatte said.

The Innovation Act (H.R. 3309) would require patent holders filing suit to establish the details of the alleged infringement early in the case. And if a suit is brought and a patent holder loses, they would be on the hook to pay the other side’s legal fees, unless they could prove their case was “substantially justified.”

The legislation also proposes to expand an existing program at the U.S. Patent and Trademark Office to review “business method” patents. This has been a more controversial measure but gets at the heart of what many say is a broken technology patent system.

The bill would also allow technology customers and end users to suspend a lawsuit while the patent holder and manufacturer duke it out in court. That would end the kind of situation seen last month when patent-holder Lodsys was able to continue in its lawsuits against iOS developers while avoiding legal action from Apple.

President Barack Obama has already signalled his support for patent reform, but Goodlatte’s measure is hardly a sure thing. It still faces an uphill fight. Patent holders are already circling the wagons. The Innovation Alliance, a group that includes heavy patent licensors like Dolby Labs, Qualcomm, Tessera, and InterDigital, is already condemning parts of the bill.

The legislation is seen as a step in the right direction by those who favor patent reform. But there is concern that the bill doesn’t go far enough to protect small businesses. Many of the protections would apply to companies that can afford to pursue a lawsuit. But many patent troll targets can not afford the high cost of litigation—which can cost millions of dollars—and are forced to settle.

“The average cost of a patent defense, from what I can tell, is about $2.5 million,” podcaster Jesse Thorn told the Daily Dot earlier this year when he and a bunch of his peers came under attack from patent holder Personal Audio. “None of us have that. Even the cheapest path out of this costs hundreds of thousands of dollars.”