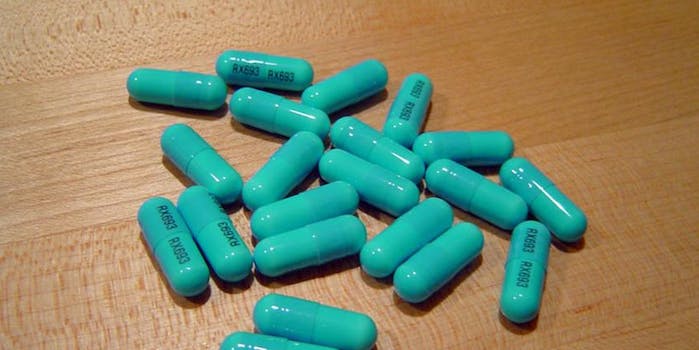 Motorola is toying with ideas on fixing passwords, like pills and tattoos

Passwords are a total pain in the butt: Usually they’re either too hard for you to remember, or too easy for hackers to figure out. Now that everyone’s going cuckoo bananas over the Heartbleed bug, passwords are once again at the forefront of everyone’s minds.

Over at Motorola, however, a team of researchers are working around the clock to figure out a way to do away with traditional online passwords entirely. And they’ve come up with a few rather unorthodox (re: wackadoodle) alternatives: tattoos and once-a-day pills that would be used to authenticate users before they logged onto sites.

According to former DARPA head and Motorola head researcher Regina Dugan, Motorola is working on a temporary, electronic tattoo that could be used for authentication purposes. The tattoo has antenna and sensors built into it, so it’d basically be like a bar code for your arm (or leg, or butt, or wherever your nasty self wants to put it).

If the concept of an identifying tattoo isn’t creepy and Brave New World-esque enough for you, Dugan says Motorola is also working on a freaking pill that you can swallow once a day to turn your entire body into an “authentication token.” The pill has a small chip inside of it with a switch and a battery that’s activated by the acids in your stomach. The switch goes on and off, emitting a unique signal in your body that authenticates you for your log-in systems.

“I really want this superpower,” Dugan said in an interview at the D11 conference last week. “It means that my arms are like wires, my hands are like alligator clips. When I touch my phone, my computer, my door, my car, I’m authenticated in.”

Although Motorola is careful to note that none of this technology is going to be widely available anytime soon, the implications of a tech company giving you a pill to allow you to use their product every day are… unsettling, to say the least. Still, it’s kind of cool to think of a future where we’re all giant battery-powered robot creatures with wires for arms and alligator clips for hands (though how would we all have sex? These are the important questions Motorola should be asking itself).