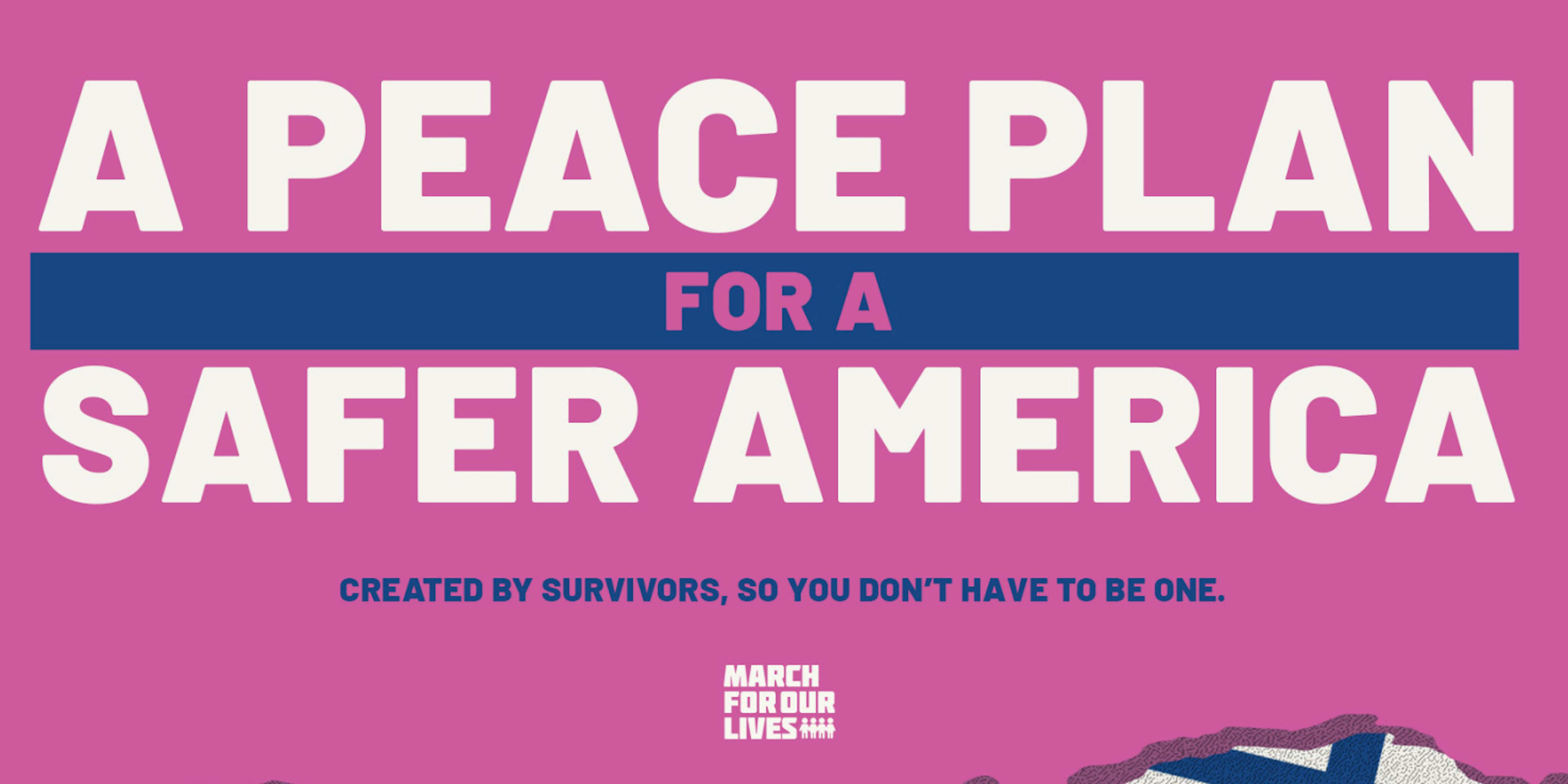 Driven in part by Sen. Elizabeth Warren’s (D-Mass.) penchant for plans, and perhaps as a rebuke to our often-impulsive president, the 2020 election cycle has been all about policy and proposals.

Today one of the most vocal movements to arise since President Donald Trump’s election—March for our Lives, the organization founded by Parkland teenagers in the wake of a mass shooting—unveiled their plan for America most intractable issue: gun control.

The Washington Post this morning obtained a copy of A Peace Plan for a Safer America, which doesn’t cede any ground in the debate to Second Amendment enthusiasts.

The first point calls to “Change the Standards of Gun Ownership,” by passing a “national licensing and registry system that promotes responsible gun ownership.” It also includes “a ban on assault weapons, high-capacity magazines, and other weapons of war,” promotes red flag laws, and calls for a national buyback policy to reduce the number of firearms in America by 30%.

The proposal also suggests raising the age to purchase any firearm from 18 to 21, and creating a mandatory 10-day waiting period for any gun purchase.

In the plan, the organization calls for holding the gun lobby accountable, creating a “Director of Gun Violence Prevention” position that reports to the president, and registering young voters who are “disproportionately” affected by gun violence.

You can view the proposal here.