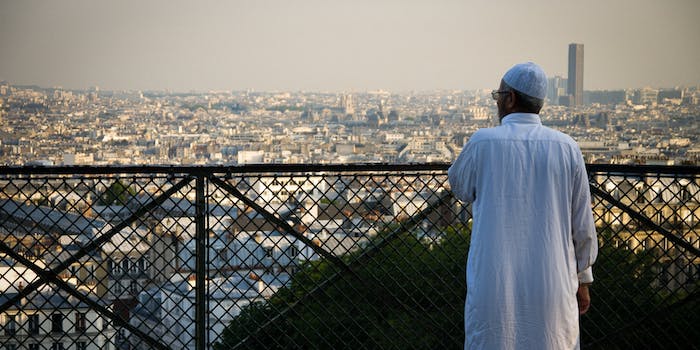 More than a decade has passed since the “freedom fries” fiasco, but Fox News doesn’t need the excuse of diplomatic friction to malign French culture. With its strong labor unions, high taxes, not-English language, and timeless contributions to the fine arts, France is an American conservative’s worse nightmare, clearly deserving of the sloppiest slander.

But now the city of Paris is fighting back. While reporting on the fallout from the Charlie Hebdo jihadist massacre there, Fox News has broadcast a simply incredible number of lies about how Islam fits into Europe’s social landscape. Most of the false statements came from the fevered imagination of Steven Emerson, a supposed terrorism expert who said that the entire city of Birmingham, England, was Muslim, and that parts of Paris had fallen under Sharia law and the control of the “religious police,” becoming “no-go zones” for non-Muslims. These claims can only be described as “wildly incorrect,” but Fox had no problem airing them anyway.

Needless to say, the city of Paris was not pleased.

“When we’re insulted, and when we’ve had an image, then I think we’ll have to sue, I think we’ll have to go to court, in order to have these words removed,” Paris Mayor Anne Hidalgo told CNN in an interview following the dissemination of Emerson’s anti-facts. (Both Emerson and Fox anchor Julie Banderas have since apologized for the lies.)

Curiously, Fox’s fearmongering about a broad Muslim takeover of Europe, including the supposed application of Sharia law, matched up eerily with Soumission, a purely speculative near-future novel by Michel Houellebecq. In an even more grim coincidence, the controversial author was featured on the cover of Charlie Hebdo the day the magazine’s headquarters were attacked by Islamic radicals. In the aftermath of those killings, the book—which some have blasted as Islamophobic—became an instant bestseller.