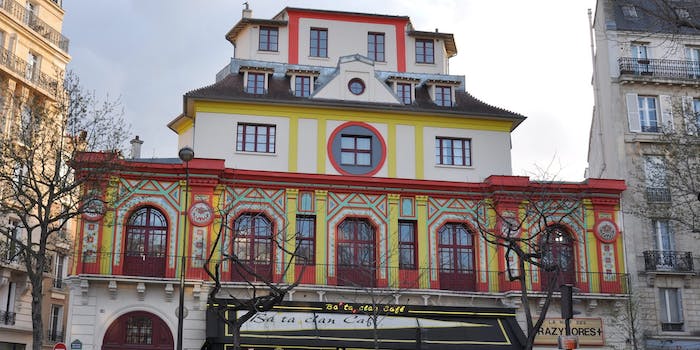 The scene was described as a 'battlefield' by bystanders.

At least 87 people were killed in a single terrorist attack at the Bataclan concert hall in central Paris Friday, according to the Parisian government.

The French capital came under siege on Friday night from at least seven gun and bomb attacks across the city.

The scene was described as a “battlefield” by bystanders. France closed its borders and declared a national state of emergency.

The Islamic State, also known as ISIS, ISIL, and Daesh, claimed responsibility for the attacks on Saturday. Some witnesses told of attackers screaming “Allahu ackbar!” while firing automatic weapons and setting off a suicide bomb. Eyes immediately turned to the Islamic State, the same group that carried out deadly attacks against Charlie Hebdo in Paris one year ago.

The attacks, which claimed 129 lives, happened in rapid succession, suggesting that an established and well-coordinated terrorist group was behind the violence.

Update 9am CT, Nov. 14: French officials downgraded the number of people killed at Bataclan from a high count of 118 to 80 by Saturday afternoon in Paris. The total number of victims fell from 153 to 128.

Photo via Pepsiline/Flickr (CC BY SA 2.0)