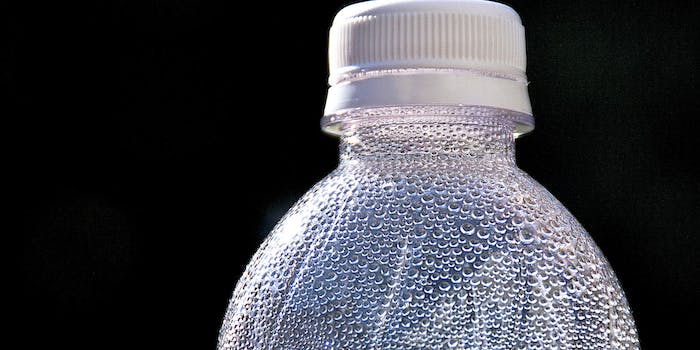 A paralyzed woman just moved a water bottle with her mind

Nearly 15 years ago, Kathy Hutchinson suffered a brain stem stroke, leaving her arms and legs completely paralyzed. Fast forward to today, and you can watch her move a cup with only the power of her thoughts.

This feat was made possible by Braingate, one of several research teams looking to provide paralyzed individuals with a way to fully interact with their surroundings. According to Dr. Leigh Hocheburg, neurologist and principle investigator at Braingate, Hutchinson had a form of locked-in syndrome, a type of paralysis in which the victim is awake, alert, and able to feel, but cannot move many or all of the muscles in his or her body. Now, with an array of electrodes implanted in her motor cortex, Hutchinson can control the movements of a robotic arm.

Watch Hutchinson take a sip of a drink without another person’s assistance for the first time in almost 15 years in a video over on Business Insider.

It’s the latest in a line of recent moments where we’re seeing increased robotic control using nothing but brain power. The first drone flown via mind-control was demoed in Lisbon last month, and just last week at the Future of Defense conference, DARPA spoke about technology that enables a quadriplegic to fly a jet with her brain.

Right now, these projects are focused on enabling people with physical limitations or for very high-tech missions, but it certainly feels like we are nearing a future where the average person will have some sort of mind-control ability over devices.