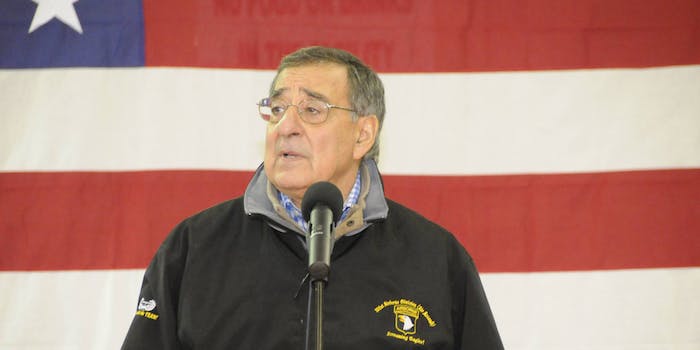 Photo via US Army Africa

Trump to blame for attacks on U.S. if he ignores intel briefings, warns ex-CIA chief

Former CIA chief and Defense Secretary Leon Panetta openly criticized President-elect Donald Trump on Wednesday for consistently declining to attend intelligence briefings, stating that the blame would fall on Trump should an attack on the U.S take place.

Speaking at the Arab Strategy Forum conference, the former congressman told an audience, “I’ve seen presidents who have asked questions about whether that intelligence is verifiable, what are the sources for that intelligence, but I have never seen a president who said, ‘I don’t want that stuff.'”

Panetta’s comments come just days after Trump told Fox News he didn’t need to go to briefings all the time because he was “a smart person.”

“You know, I’m a smart person. I don’t have to be told the same things in the same words every single day for the next eight years,” he told Fox News’ Chris Wallace.

In the same interview, the president-elect called the findings of a CIA report into the election hacks “ridiculous,” raising concern over how serious he took the government’s intelligence agencies. The CIA had concluded that Russia was behind the hacks on the Democratic National Convention and key Democrat officials, which may have influenced the election outcome in Trump’s favor.

Panetta, a Democrat, addressed the president-elect’s attitude to the CIA’s findings too, saying, “When it comes to Russian interference in our last campaign, 17 intelligence agencies agree that Russia is involved in that effort. I think the president would do well to say we ought to find out what Russia’s role was, we ought to investigate it and ensure that it never happens again.”