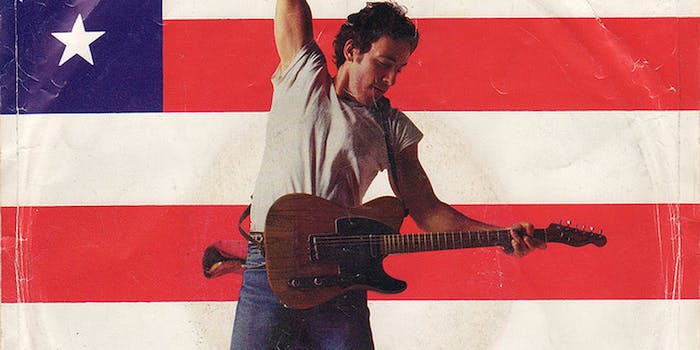 Pandora is getting political—at least, its ad targeting is

Are you a little bit country or rock 'n' roll? Pandora thinks the answer is political.

When you select your favorite stations on Pandora, it turns out you may be telling the company more than just your musical preferences. You might be revealing your political leanings as well.

That’s the thinking behind the streaming music service’s newest advertising feature, which will allow politically affiliated campaigns and groups to target listeners based on the perceived political bias of their musical taste.

The company, which boasts more than 73 million subscribers, thinks it’s found a scientific way to figure out just what kind of musical genres appeal to various voter blocks.

The company uses the zip codes of its listeners, then it looks at the most recent election returns in those areas. It takes that information and then plots it against listening habits. The result is a much more nuanced look at political listening habits, beyond the instinctual assumptions that conservatives are a little bit country and liberals are a little bit rock ‘n’ roll.

It’s a logical next step for the company, which has allowed political advertisers to target listeners by zip code since 2011. Pandora, Facebook, and other advertising-based Web companies have been working feverishly to provide advertisers with more data to selectively target customers—or in this case voters.

Similarly, political gurus have seized upon big data to help get their message out there. Now groups are able to advertise to voters with specific directions to their designated polling location.

This may be a welcomed development for politicos, but it will probably be greeted with dread by voters—particularly ones in swing states who already face a barrage of political messages during election season.

So what kind of music do Republicans and Democrats like to listen to? Some of the results reaffirm stereotypes, but others might be more surprising.

If you’re listening to Daft Punk, Mary J. Blige, Bob Marley, or Miles Davis, then chances are you voted for Barack Obama in the last presidential election. Pandora’s algorithm determined that Democrats were more likely to listen to electronic dance, rhythm and blues, reggae or jazz than their red state counterparts. On the other side of the aisle, Republicans are more likely to listen to gospel, new age, and country music.

But Pandora’s research also uncovered some common musical ground between the two parties. It turns out that hip-hop and classic rock are enjoyed equally by members of both parties. Perhaps that’s why an avowed Democratic artist like Bruce Springsteen can draw such adoration from the likes of Jon Stewart and Chris Christie.