This robot prints pancakes for you

While the rest of the world was busy figuring out how to use 3D printers for everything from sex toys to lunar colonies, a British man named Miguel Valenzuela was doing something much, much cooler: He used the principles of 3D printing to invent a robot that makes perfect pancakes.

Now, thanks to the magic of Kickstarter, you can actually order one of your own, and they’re selling like, well… hotcakes. 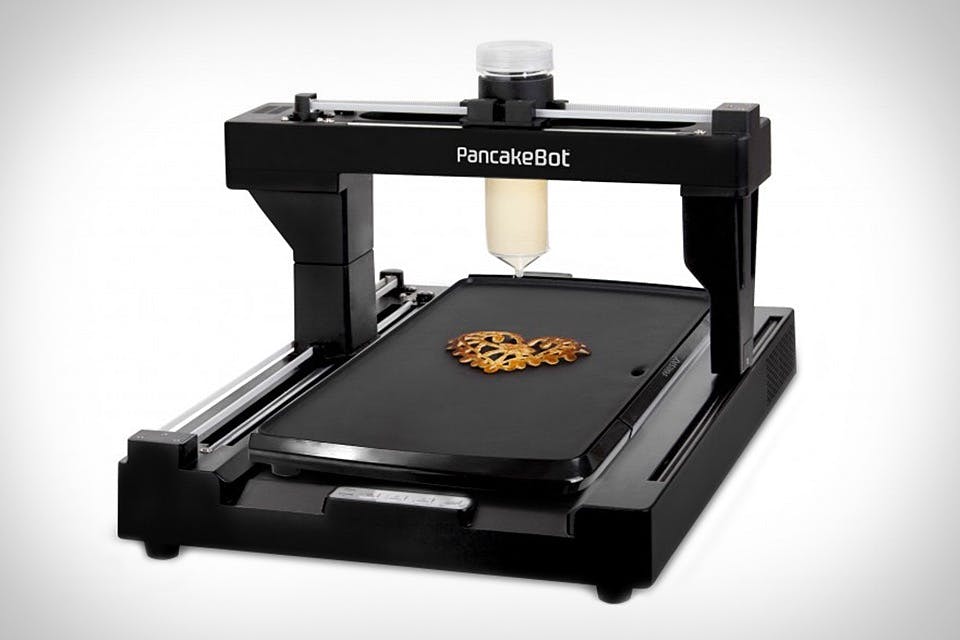 The concept of a robot that makes your breakfast may sound a bit complicated, but it’s really not: You fill the bot’s reservoir with batter, choose a design for your pancake (which can be as simple or detailed as you want), and let the PancakeBot “print” your design onto the built-in griddle.

The PancakeBot works exactly like a 3D printer, and designing your breakfast is a simple matter of drawing it using your computer. You can use existing images to trace over or draw freehand, which means kids can let their creative juices flow and scribble whatever they want.

It’s only been available for a couple of days, but the bot has already reached its crowdfunding goal of $50,000 and has now soared past $125,000 with a further 28 days remaining. Expected to fetch $299 at retail, the Kickstarter discount price for the bot is a pretty reasonable $179. When you consider that a nice griddle alone can set you back $100 or more, adding a robot to do the work for you sounds like a pretty sweet deal for $79 extra.