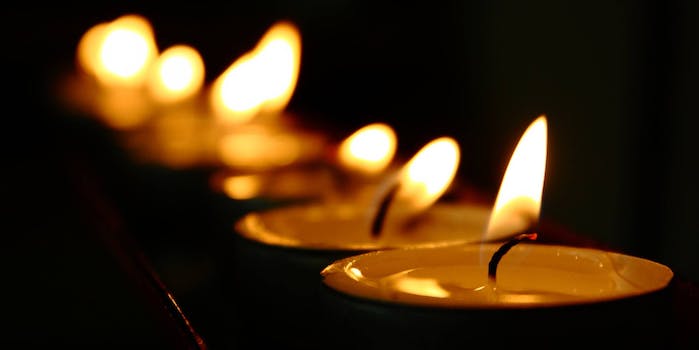 Another mass shooting, another round of politicians tweeting ‘thoughts and prayers’

Many think the sentiment isn't enough from public officials.

On Sunday, A major mass shooting  took place at the Pulse nightclub in Orlando. At least 50 have been killed and 53 have been injured. While the circumstances and motivations behind it aren’t yet immediately apparent, it’s currently being investigated as an act of domestic terrorism by the FBI.

The death toll is startling, even within the context of a country that’s seen so many hugely lethal mass shootings before. As with similar incidents, the tragedy has brought out a surge of people voicing their “thoughts and prayers” from politicians.

The thoughts and prayers of political figures who have the opportunity to make meaningful impact on gun violence from a policy perspective has once again caught the ire of social media users. The aftermath of the San Bernardino shooting late last year was perhaps the first time there was a truly strong backlash against politicians’ sentiments. Sunday’s events have given rise to it once more.

The basic idea, setting aside the heartfelt prayers and thoughts of those not in office, is that the after-the-fact prayers of people who could enact change or take courageous public stands against gun violence but never do are a little less heartwarming.

The Twitter feed of Igor Volsky, the deputy director of the Center for American Progress Action Fund, offers striking examples of this tactic. Volsky has been highlighting the prayers and well-wishes of elected officeholders who failed to vote to keep people on the terror watch-list from buying guns while also appearing to be courted by gun lobbyists. According to NBC News’ Pete Williams, the suspected Orlando shooter, Omar Mateen, was on “some kind of watch list” in recent years.

.@NRA dumped $922K into McConnell's re-elect, so he voted against stopping people on terror list from buying guns https://t.co/W9dVwBZ959

.@RepMcCaul took $21,500 from @NRA so won't admit that gun reform should be party of our counter terrorism strategy https://t.co/V9PzmG2Es1

[email protected] took $15,900 from @NRA since 2010 so wan't actually DO anything to stop the next "terrible attack" https://t.co/ENoTEbSQJl

.@SenRonJohnson accepted $1.3 million+ from gun rights groups, so all you'll get are his #ThoughtsAndPrayers https://t.co/aIANKnToTD

It’s a devastating prism through which to view these sorts of hindsight memorials and remembrances: not just how much or how little someone did to prevent these kinds of horrors but calling into question how much they are going to do in the future.

Needless to say, mass shootings appear not to sway the views of elected officials about gun access or reform. When thousands of Americans are slain by guns each year—whether through targeted ideological violence or more random acts—it’s become painfully clear that shock and horror apparently aren’t effective change agents on this. Even the Merriam-Webster Dictionary Twitter account gave voice to the resignation and fatigue that so many people are probably feeling this morning.

Our Trend Watch feature tracks words that people look up after major events. Let's look at some of them.

It’s important not to disdain those not in elected positions who tend to offer their condolences and their prayers in moments like these. As Ana Marie Cox tweeted after the San Bernardino shootings last year, mocking the hypocrisy and the inaction of such sentiments from the general public obscures the act of voicing care and concern itself.

Guys. Don’t mock the sincere offering of prayers. Mock legislative inaction or hypocrisy. But offering a prayer is not offering NOTHING.

Nonetheless, these kinds of statements from politicians who’ve opposed gun control reforms can only go so far. Legal reforms might help prevent this sort of tragedy in the future, making a far larger impact than even the most heart-felt of condolences. As it stands now, the Orlando shooting is the deadliest mass shooting in American history.