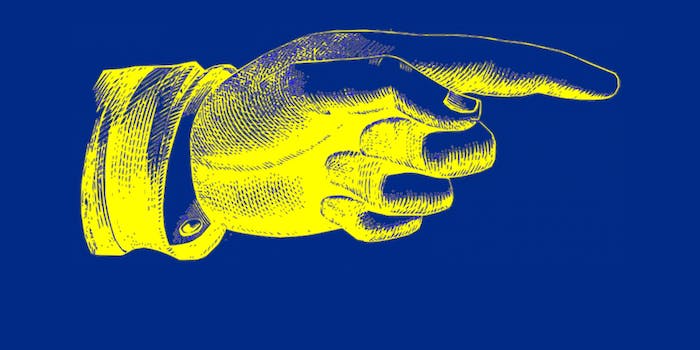 'You can’t just come into our community and intimidate our elderly.'

It’s time for the out-of-state militia in Oregon to pack up and go home.

That was the reigning consensus at a meeting Wednesday night where hundreds of Harney County residents gathered to discuss the militia’s presence. Even those who said they empathized with the grievances voiced by the militia agreed it was time to end the armed occupation of the Malheur National Wildlife Refuge.

“You can’t just come into our community and intimidate our elderly.”

The so-called overwhelming community support for the group’s takeover was nowhere to be heard at the fairground meeting, which included some 500 working-class residents, according to the Guardian.

It was time to “mend fences,” said Harney County Sheriff David Ward. “I’ve got my own frustrations. We’ve got visitors in town that have their frustrations. But there’s appropriate ways to work out our differences.”

“This county is a united family and we don’t need people to come here from someplace else and tell us how to live our lives,” Ward continued. His parents, who are both in their 70s and have heart conditions, have reportedly faced harassment. “You can’t just come into our community and intimidate our elderly,” he said.

Ward said his wife, too, had been followed by strangers. Out of concern for her safety, she left town when her tire was discovered slashed. Some of the anonymous letters Ward has received contain death threats, he said.

“There’s some people here in the room from outside of the community that participated and tried to do a peaceful rally that got hijacked, and people used that for a platform to do something that wasn’t OK,” the sheriff added to the applause of the crowd. “And I’m here today to ask those folks to go home and let us get back to our lives in Harney County.”

Ryan Bundy, brother of militia leader Ammon Bundy, promised the militants would disperse if the community asked them to leave during an interview Monday.

“This is their county—we can’t be here and force this on them,” Bundy told Oregon Public Broadcasting. “If they don’t want to retrieve their rights, and if the county people tell us to leave, we’ll leave.”

The armed group, which calls itself “Citizens for Constitutional Freedom,” has occupied the federal outpost since Saturday, professing support for Dwight and Steven Hammond, a father and son pair of ranchers convicted of setting fire to federal land. The Hammond family has repeatedly rejected the militia’s support, however.

On Wednesday, leaders of the Burns Paiute Indian Colony of Oregon, which regards the refuge as sacred, called for the militia to be expelled. “The protesters have no right to this land,” tribal leader Charlotte Rodrique told reporters. “It belongs to the native people who live here.”