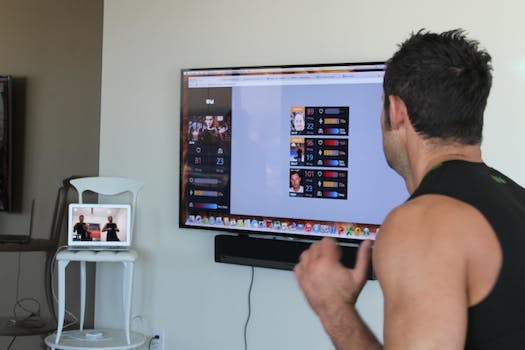 OMsignal launches training program that couples with its smart shirts

Your trainer can better understand what's going on inside your body.

Imagine a workout where your personal trainer not only sees what your body is doing, but actually understands how it’s reacting to the exercise, and provide personalized feedback based on your heart rate, explosive energy, or oxygen levels.

That’s exactly what OMsignal is rolling out today—a certification for trainers to watch how bodies react to exercises and give clients tailored advice while they exercise. The catch, of course, is that students wear OMsignal’s “smart shirts.”

The OM Certified Training Program enables fitness clubs and personal trainers to submit their exercise programs for review by kinesiologists, strength coaches, personal trainers, and doctors, who then educate trainers on best practices of using the OMsignal smart shirt in a gym environment.

The shirts are made with conductive fiber monitor the biometric signals in your body, like how quickly your body is moving, the expansion of the chest, and the beat of your heart. It all connects to a little black box on the left side of the shirt near the ribs, and sends data to your mobile device, and now, to certified trainers’ computers, iPhones, or iPads as well. 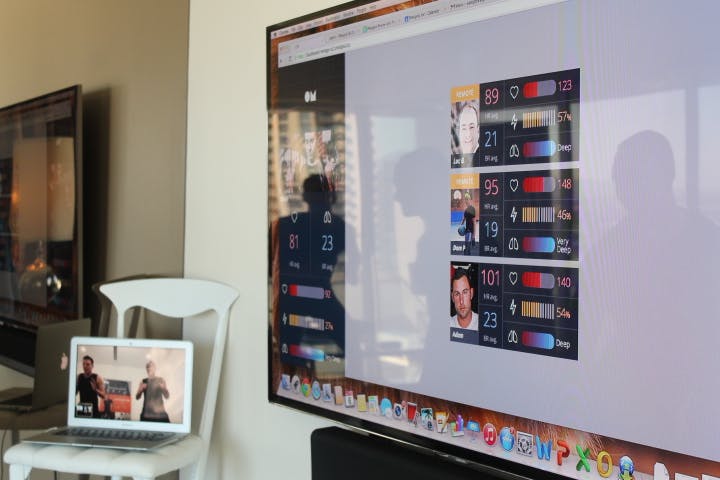 At the Consumer Electronics Show in Las Vegas last week, I got to see the new biometric training platform in action. Two male personal trainers worked out while wearing the OMsignal shirts in a hotel suite, while training two others in Canada remotely via Skype. All of the participants’ personal data was displayed on a television screen, so the lead trainer could compare fitness data from all his clients.

“In a training context, it can be interesting,” Stéphane Marceau, the CEO and cofounder of OMsignal, said in an interview with the Daily Dot. “You can all of a sudden interact in a competition, with friends in different cities. It can be social. What we’re trying to do is to make fitness engaging.”

The shirts and the exercise platform have been years in the making with team members including surgeons, doctors, and neuroscientists. Marceau said that one of the biggest challenges the company has faced is not necessarily creating the technology or designing the shirt, but making it all work together. He said that the textile director is learning to code, so he’s making OMsignal engineers learn to sew.

OMsignal’s shirts are made to look like compression clothing, the tight, spandex-like shirts athletes wear from companies like Under Armour. Fiber that’s included in the material can read electrical signatures of the body, and spools of silver-based yarn measure the differences in your heartbeat or other electronic signatures from the body. 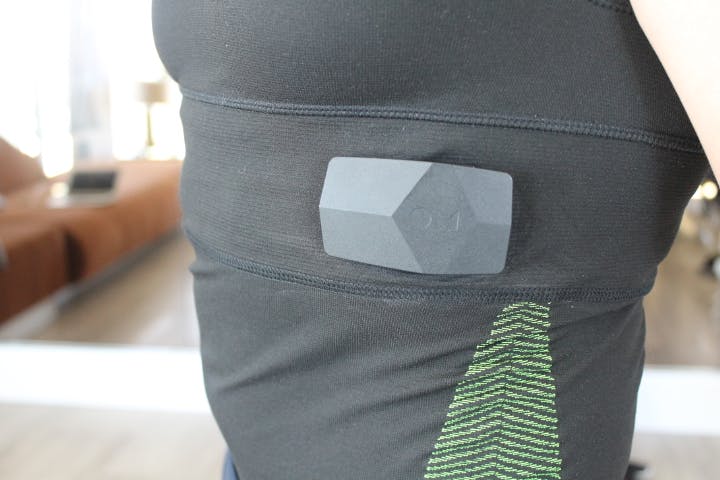 The black box module is connected via Bluetooth, and is designed to be removed for washing. OMsignal shirts can be washed like any other exercise clothes.

I wanted to test out the smart shirts with the personal trainers, and came to the event prepared. But when I arrived at the suite in Las Vegas, I learned something not entirely surprising—the shirts are only available for men.

While it was disappointing that I could only watch as the guys experienced the personalized workout session, it struck me that OMsignal is like many other tech companies, creating products by and for men. Considering 57 percent of gym memberships belong to women, a product focused on improving the gym and training experience that doesn’t have items for both genders seems short-sighted.

To OMsignal’s credit, a female version of its exercise shirt is coming this year. He says that because women care a great deal about fashion, it’s taking longer to develop a style and implement the required technology that will appeal to my particular gender.

Marceau also advised against women using the product in its current form, as it’s supposed to be tight-fitting on the body to accurately track biometrics.

But if you’re a man, and interested in getting biometric analysis delivered right to your smartphone, OMsignal’s shirts are available now starting at $249.