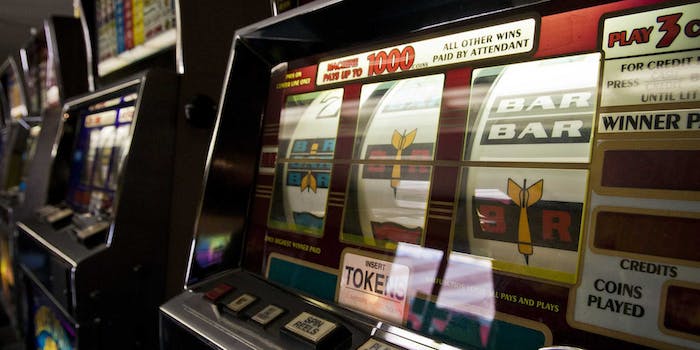 Yet about a year ago, the state legalized gambling at select casinos across the state. Surely this is some kind of ironic legislative joke, right?

Nope. We assure you, Ohio state legislators have no sense of humor when it comes to Internet cafes. Indeed, the cash-strapped state is taking the scourge so seriously it just put the 6,000 people at its 800 cafes out of work.

To be fair, Internet cafes have changed a lot since their heyday in the late ‘90s and early 2000s, when not everyone had a home Internet connection and smart phones were little more than a twinkle in the eye of some RIM engineer. Nowadays, a lot of so-called Internet cafes are actually just glorified online gambling dens, where customers play what amount to online slot machines.

It’s a convenient way to circumvent gambling laws: Real slot machines are only legal in Ohio at the state’s four voter-approved casinos and racetracks. (Lawmakers also allege the cafes double as money-laundering outfits for organized crime.)

But there are plenty of cafe owners who say the blanket ban is unfair. In what the Cleveland Plain Dealer described as “tearful” testimony to the state’s Government Oversight and Reform Committee, many owners said they ran completely legal businesses that were being unfairly lumped together.

“The customers that come into our cafes are older and come into the cafe not just to take part in the sweepstakes, but also to have social time with their friends,” one cafe owner said.

Since illegal gambling is at the core of the problem, it does indeed seem strange that the state would ban all Internet cafes as a group, instead of outlawing the “sweepstakes” games many of them use.

“The biggest flaw in this bill is that it takes the approach ‘shoot ’em all and let God sort it out,'” state Sen. Bill Seitz said.

The bill now goes to Gov. John Kasich for signing. Ohio is the latest state to clamp down on the cafes, but a similar measure is pending in California.