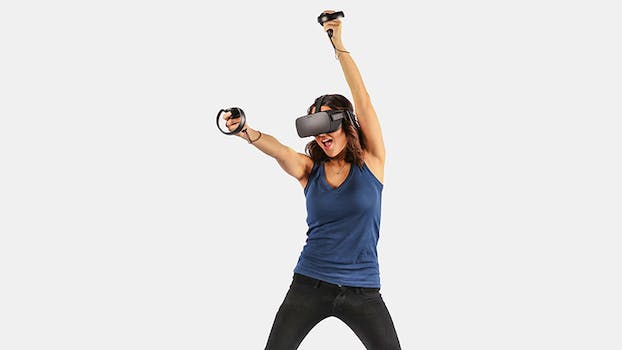 While you can use a handset or gaming controller to navigate a VR game, it’s the head and eye-tracking that can take the experience from “That’s cool” to mind-blowing. To that end, Facebook-owned Oculus recently acquired a Danish eye-tracking startup called The Eye Tribe. Oculus confirmed the acquisition to TechCrunch this week.

The Eye Tribe, founded out of research from the IT University of Copenhagen in 2011, specializes in affordable eye-control technology. At CES last year, the startup showed off its technology in a VR headset, including its style of “foveated rendering,” where only the portion of the screen you’re currently looking at is rendered in great detail, and a patent-pending biometric authentication technique. The company makes a $99 eye-tracking developer kit for desktops.

As TechCrunch notes, Oculus could use this startup’s technology in a variety of ways. In particular, it could help make Oculus’ next generation headset (a wireless prototype called the Santa Cruz) more efficient, allowing it to render detailed scenes at higher frame rates without compromising on battery life. In games, this tech could be used to customize onscreen details, such as the eye position of your personal avatar, and potentially allow for hands-free gaming—a wonderful development for those with limited mobility.

Like other eye trackers, it could also be used so you can read without having to tap to the next page, whether you’re reading words or instrumental sheet music.

As for The Eye Tribe’s biometric identification techniques, perhaps Oculus could use this to customize settings for different users in a household without requiring you to log in. It could also allow you to confirm in-app purchases securely without leaving the comfort of your VR headset. While the application possibilities are speculation at this point, developers will have to weigh security concerns with convenience when building out virtual shopping experiences.