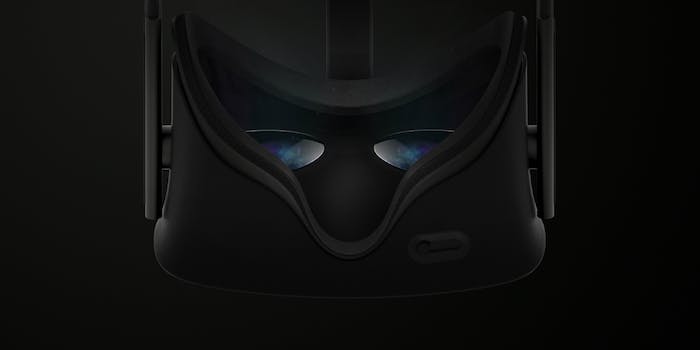 We finally have a price and release date for Oculus Rift

The only people jumping into the Oculus ecosystem will be those with deep pockets.

You might not care about how much the Oculus Rift is going to cost if you’re a VR enthusiast adopting the hardware no matter what. For everyone else, the price tag is $599 and the first wave ships in March.

The preorder site crash for a few minutes as the VR hardware went on sale Wednesday morning. In less than an hour, the site appeared to have filled first-wave preorders, and updated subsequent order ship dates to the next wave in April.

A slate of predictably negative reaction rose up from video game pundits.

aaaaand this is why mobile vr is the future of vr

On the other side of the aisle, reactions to the price announcement fall along the lines of “Of course it’s expensive.”

Are we shocked that the first consumer iteration of cutting edge tech is crazy expensive? Like, really?

It's cute that folks think this'll be the only bullet necessary to kill VR dead. It's a suck-ass price, but get a grip.

I don't think Oculus will have much trouble selling to excited early adopters at $599. But it should come down before year's end.

The $599 price tag also is not the entire story of how much money you may need to spend if you want to become part of the Oculus Rift crowd.

If you already own a computer powerful enough to run VR software, you only need to worry about the Rift itself. If you don’t own a PC with the right technical credentials to handle VR, you’ll need to add the cost of a new graphics card (or two) to beef up your existing PC.

Or, if your processor isn’t fast enough, you just might need an entirely new rig altogether, which is not cheap even if you try to keep the costs down to the bare minimum needed to handle high-end gaming software.

And now, with one of the three major VR solutions finally announcing a price, the HTC and Sony have a price point to respond to with their Vive and PlayStation VR hardware respectively.

Still, you might not get a price break from either of these other options, especially considering that the Vive is built for room-scale VR, with all the extra hardware that entails.

Don't forget, HTC says the Vive will be a "a slightly higher price point" than the competition — https://t.co/JrRwCz446F

The virtual reality race is now, officially, on.