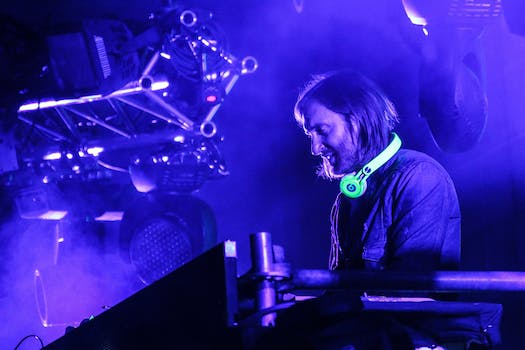 There’s something about mixing electronic music on a Macbook that just takes away from the spectacle. But that might be about to change, because not only has New Zealand-based design student Byron Mallet come up with a novel way of using Oculus Rift to make music software more intuitive, it’s pretty damn cool to watch too.

Mallett calls his virtual reality controller Pensato, which he designed specifically for use with Ableton Live, a piece of popular music production software. Mallet is then able to control what he sees through the Rift headset with a special pair of custom made VR gloves. Pensato displays Live’s interface through the Oculus Rift and then with Mallett’s gloves, the user can push, grab, and adjust elements of the interface.

“In order to interact with Ableton Live, Pensato functions like a music hardware controller,” Mallett explained to Ableton. “This allows me to capture the entire Session View of Live, including all the tracks, clips and device parameters that can be controlled as part of a performance, and turn them into virtual controls.”

The gloves Mallett uses employ Razer Hydra’s magnetic motion sensing technology, as well as bend sensors, to determine the exact position of the gloves and track the movements of the user’s hands.

Mallett’s hack is still a bit clunky for mass appeal, but the use of Oculus Rift for composing and performing music clearly has some potential. Mallett says one of the things he wants to work on next is giving the software the flexibility for collaboration within “the same shared virtual space.” So, the next time you see a bunch of weirdos with headsets waving gloved hands around, take heed, you might just be witnessing a great musical collaboration in cyberspace.