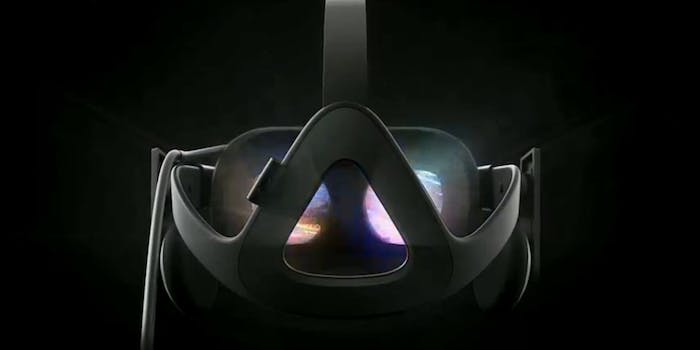 The Rift is still the big expense.

Get ready for virtual reality—if you can afford it.

This week, Oculus revealed a lineup of “Oculus Ready PCs” that start at $1500, with a bundled Oculus Rift virtual reality headset and additional accessories.

Last month we reported Oculus was pricing the Rift at a shockingly high $600. That means you’ll pay around $1000 for what Oculus considers to be minimum-requirement VR-ready computers, about the price you would spend on a well-equipped gaming PC.

That isn’t surprising. In fact, it probably comes as a relief for those who have been keeping up with the development and pricing for the Rift.

Last October, Oculus founder Palmer Luckey estimated the cost of the company’s flagship device to be around $350. People starting seeing their virtual reality dreams crumble when the MSRP ended up being $250 higher than first stated. But even with a more realistic price, Oculus has been able to keep desktop PC and Rift bundles at $1500, a price the company pointed to last May.

That makes these bundles a solid value. Especially given that the minimum requirements for running the full Rift experience include an Intel i5-4590 costing around $200, and NVIDIA GTX 970 or AMD 290 graphics cards that both start at over $300. That doesn’t leave a lot of room for everything else that make up the ASUS G11CD, Alienware X51 R3, and Dell XPS 8900 S, three Rift-bundled computers priced between $1,499 and $1,599.

All of this makes building your own setup less enticing since you will have to spend more than half a grand from the get-go for just the Rift. But if you are still inspired by the poor orphan who created his own rig to become a hero in Ready Player One, you can try piecing together your own virtual reality station by searching around parts websites. You might just have to cut some corners to get yourself to that $1500 price point.

If you already have a desktop PC that meets the minimum requirements you should not run into any issues running Oculus’s VR software. Unfortunately nearly all laptops are disqualified from doing so as it requires a desktop sized GPU.

Alienware, Asus and Dell are the first three companies to get their names on Oculus-ready computers. You can pre-order those bundles from BestBuy, Amazon and Microsoft on February 16 with a current release date of April 23. The Oculus Rift can be pre-ordered separately today. It will be released on March 28 this year.