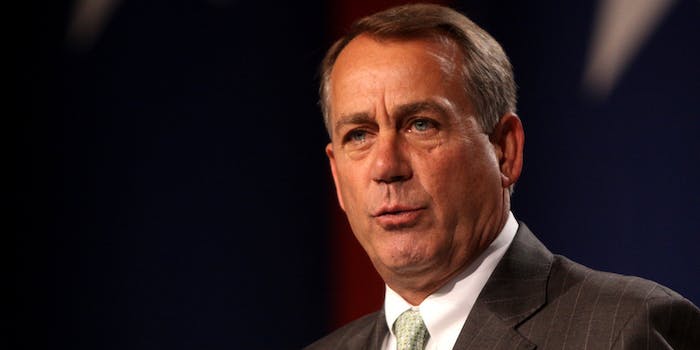 Since going live on October 1, HealthCare.gov has seen five times the amount of traffic expected by the White House, even as congressional Republicans lobby to defund the Affordable Care Act.

The site is the Web portal for the Patient Protection and Affordable Care Act, colloquially called “Obamacare,” passed in 2010 to provide health coverage to millions of uninsured Americans. While some provisions of the act—such as allowing children to stay on their parents’ plans until they are 26—have been in effect since its passage, open enrollment did not begin until October 1 of this year.

Republicans, led by Rep. John Boehner (R-Ohio), have delayed the passage of a budget in Congress in an attempt to defund to Affordable Care Act.

“The American people want this bill repealed,” Boehner argued in 2012.

However, the site’s popularity would seem to suggest otherwise. Todd Park, the U.S. Chief Technology Officer, told USA Today that the White House initially expected only between 50,000 and 60,000 simultaneous visitors. It has since at times seen more than 250,000 on the site since its launch.

According to Park, more than 8 million consumers have already visited the site.

The unexpected traffic initially caused delays for many Americans hoping to sign up for health care. “These bugs were functions of volume,” Park said. “Take away the volume and it works.”

There are currently 47 million non-elderly uninsured Americans, 4 million more than when the recession began in late 2007. Unless Republicans succeed in defunding the Affordable Care Act, the White House expects some 7 million Americans to find health care through the site.