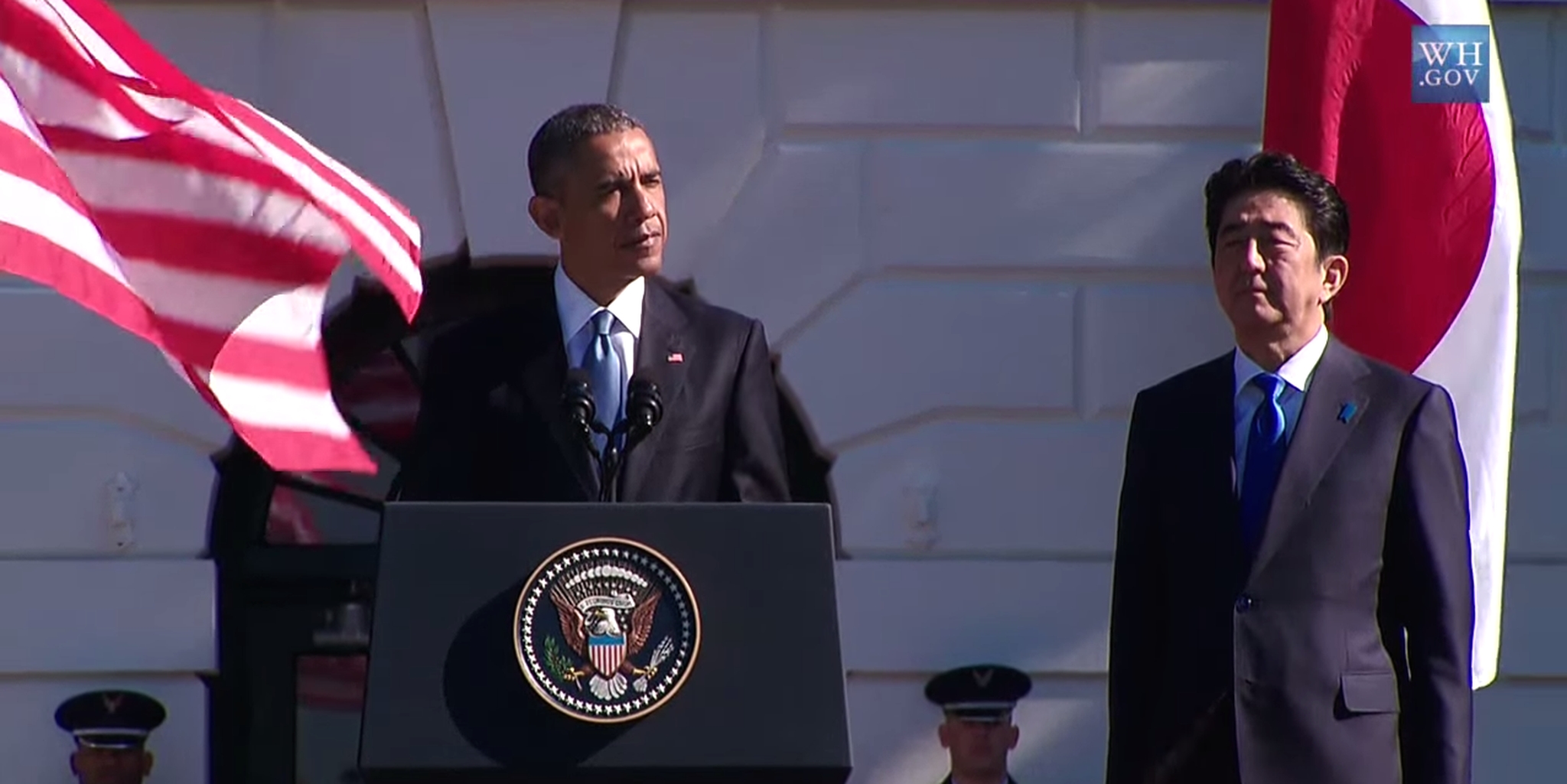 Obama thanks Japan for creating karaoke, anime, and emoji

In the name of the moon, President Obama thanks you, Japan!

President Obama hosted Japan Prime Minister Shinzo Abe at the White House Tuesday, where the two leaders discussed a controversial trade agreement between Japan, the U.S., and other nations. But nerds are grateful that he thanked Japan for the things that really matter.

In the midst of a half-hour speech, Obama spoke highly about the influence Japanese culture has had on the U.S. over the years. And America’s senpai noticed us—or, rather, the importance of anime and manga to us. Which, well, close enough.

“This visit is a celebration,” Obama said, “of the ties of friendship and family that bind our peoples. […] Today is also a chance for Americans, especially our young people, to say thank you for all the things we love from Japan. Like karate and karaoke. Manga and anime. And, of course, emojis.”

This leaves us with so many questions. Does this mean Obama is a little more up-to-date about texting? When he and Michelle have karaoke nights at the White House, what’s his go-to song? And when he’s not binge-watching or keeping tabs on sports, what animes are on his Netflix queue?

The trade agreement, known as the Trans-Pacific Partnership or TPP, is currently awaiting approval from Congress. The TPP is highly controversial due to the secrecy surrounding its text, portions of which have only been revealed to the public through WikiLeaks, as well as its potential effects on business, healthcare, labor, and Internet censorship as a result of strict intellectual property regulations.