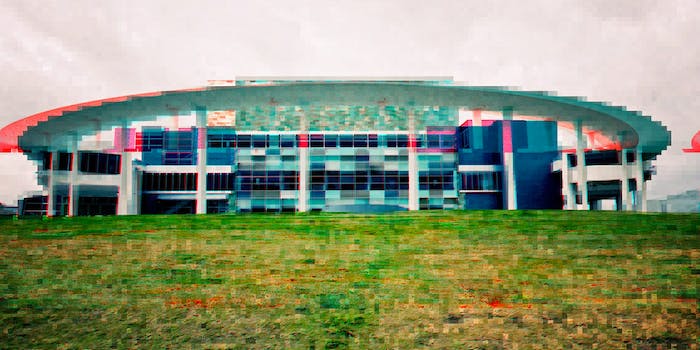 Obama takes on Apple vs. FBI and online voting at SXSW

'The reason I'm here, really, is to recruit all of you.'

It was a jovial, light event—POTUS didn’t even don a tie—but he turned professorial when the ethical issue of encryption rose to the forefront of the onstage discussion.

The Texas Tribune’s Evan Smith asked the president, point-blank, where he stood on the ongoing legal encryption battle between Apple and the Federal Bureau of Investigation over the locked iPhone of San Bernardino shooter Syed Farook.

Apple is currently fighting a court order directing it to build custom software that would allow the FBI to flood Farook’s phone with guesses in an attempt to access the device. The technology giant claims doing so would set a dangerous precedent and potentially weaken the security of innocent Apple customers. The Department of Justice contends that it simply wants to access one device, and that data on Apple devices should not be outside the reach of a lawful warrant.

“I am of the view that there are real reasons that we want to make sure the government can’t willy-nilly get into everybody’s iPhones.”

While Obama refused to “comment on the specific case” because it remains ongoing, he said he understands the need to keep the government from conducting dragnet surveillance on our personal devices.

“Technology is evolving so rapidly that new questions are being asked,” Obama said. “And I am of the view that there are real reasons that we want to make sure the government can’t willy-nilly get into everybody’s iPhones.”

Obama said that Americans rightfully demand strong encryption, which protects unnumbered aspects of our digital lives. But in terms of having a so-called “backdoor” that can access civilians’ secured phones, well, it’s complicated.

If there’s “no key,” Obama said, then “how do we apprehend the child pornographer? How do we solve or disrupt a terrorist plot? What mechanisms do we have available? If the government can’t get in, then everybody’s walking around with a Swiss bank account in their pocket. There has to be some concession.”

Obama, who said he is “way on the civil-liberties side” of the encryption debate, said it is a mistake to take an “absolutist” view on encryption, a stance he characterized as “fetishizing our phones above every other value.”

“That can’t be the right answer,” Obama said.

The president warned that technology companies like Apple must help the government solve the problem of data that is outside the government’s reach, because, in the event of another terrorist attack, Congress could hastily pass legislation that violates civil liberties.

Beyond answer lingering questions about the Apple vs. FBI debate, Obama was there to make a pitch to developers, startup leaders, and incubating innovators: “The reason I’m here, really, is to recruit all of you.”

Obama said that he wants to “help convene and catalyze folks in the private sector and the non-private sector.”

“We are at a moment in history where technology, globalization, our economy is changing so fast,” Obama said. “This gathering—South By Southwest—brings together people who are at the cutting edge of those changes.”

Obama advocated for online voting and touted his White House’s record of streamlining college financial aid and Social Security services online as evidence that a more digitized government is a feasible future. He admitted, however, that it’s still “easier to order a pizza” than it is for Americans to vote.

“Across agencies, we’re interacting every day with our government, and the question is how to make that better?” Obama said. “We want to make sure that we’re using big data, analytics, technology to make civic participation easier.”

“We’re the only advanced democracy in the world that makes it harder for people to vote,” Obama continued. “… We systematically put up barriers and make it harder.”

Obama said he wants the next president to remain dialed into the tech industry and be willing to work with it. He said he wanted to create a “pipeline” of industry talent that continuously staffs government jobs and moves, technologically, its capabilities forward.

The president noted that, even during his presidency, the government’s Web capabilities had been “big” and “bloated”—pointing to the Affordable Care Act website’s initial interface problems.

“This was a little embarrassing for me,” Obama said.

Smith later pushed back on America’s digital divide—pointing out a giant lack of Internet connectivity among adult Hispanic households. Obama pointed to his administration’s initiatives, like the Opportunity Network, that aim to close the gap.

Speaking to a crowd of smartphone-wielding Americans, Obama made room for candor. “Thanks, Obama,” he quipped in meta fashion, after pointing out that unemployment has fallen from 10 percent to 4.9 percent during his presidency.

The event was not entirely an Obama lovefest, however. Prior to the president’s keynote, Casey Gerald, CEO of MBAs Across America, criticized Obama onstage for flying into Austin to “give a gold stamp of approval to the tech and business oligarchs of our time.”

“How can we lay fiber-optic cables under the ocean, but we can’t lay water wipes in Flint?” he said, though the 29-year-old businessman did praise Obama for “inspiring” his generation.

1st day of SXSW and Obama's already getting a yak horn blown at him. #sxsw #sorryBarack pic.twitter.com/R4guRhAY3u

Photo via tibbygirl/Flickr (CC BY 2.0) | Remix by Max Fleishman