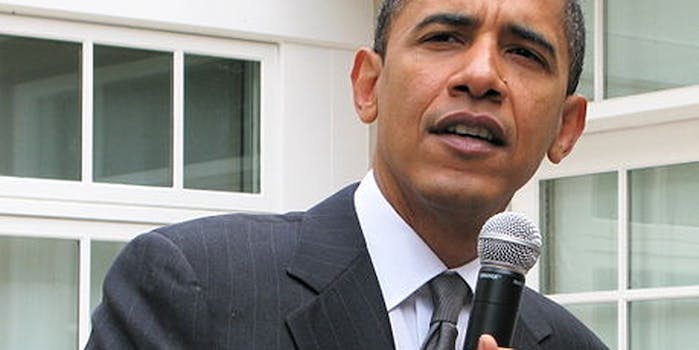 Let it not be said that MC Barry doesn’t know how to drop a lyrical bomb now and again. Seven years after first putting his shoes up on the desk in the Oval Office, President Obama still knows his way around the mic.

Obama’s rapping skills were on display during the State of the Union address last week, when he spit rhymes like, “I have no more campaigns because I won both/My agenda is the same since the day I swore an oath.”

It’s true, Obama had some help from the Emmy-nominated Gregory Brothers—the twisted musical geniuses behind the Songify the News series—in turning a speech laying out his administration’s agenda into an Auto-Tuned mid-tempo public policy jam.

Newly elected Republican Senator Joni Ernst (R–Iowa) also lent a hand with a couple solid guest verses, but Obama was really the star of this refreshingly retro, Prince-referencing mixtape. In fact, this track is probably the hungriest the commander in chief has sounded on record since the debt ceiling crisis of 2013.