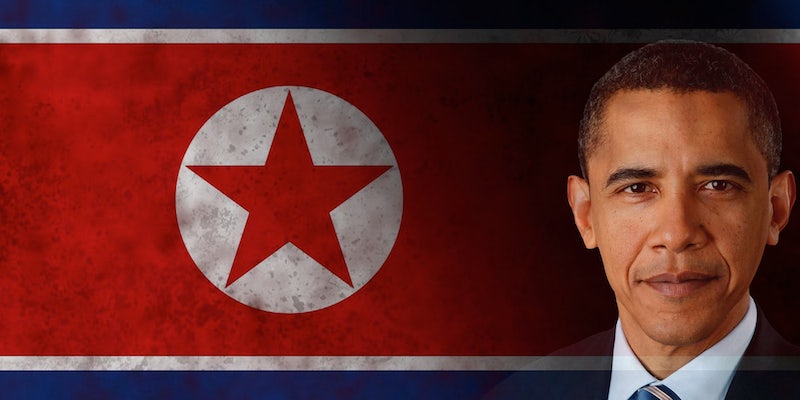 President Obama says Sony ‘made a mistake’ in canceling ‘The Interview’

The president had unexpectedly strong words for Sony.

President Barack Obama said in a Friday afternoon press conference that Sony “made a mistake” by giving in to hackers’ threats and canceling the Christmas release of The Interview.

“I wish they had spoken to me first,” he said, adding that he “would have told them, ‘Do not get into a pattern in which you’re intimidated'” by the threat of more attacks.

The press conference came on the heels of the Federal Bureau of Investigation’s declaration that North Korea was behind the attack. The Interview is a comedy in which two American journalists assassinate North Korean leader Kim Jong-un.

Obama reiterated the concerns of many in Hollywood that Sony’s unprecedented move could have chilling effects on free speech in the United States.

“We cannot have a society in which some dictator someplace can start imposing censorship here in the United States,” he told reporters.

“Imagine,” he said, “if producers and distributors and others start engaging in self-censorship because they don’t want to offend” dictators.

Obama had predictably harsh words for the North Korean regime.

“I think it says something interesting about North Korea that they decided to have the state mount an all-out assault on a movie studio,” he said.

Obama linked the secretive regime’s purported retaliation against Sony to its impotence on the world stage and its antiquated foreign policy attitudes.

“Imagine what they start doing when they see a documentary that they don’t like,” Obama said.

Responding to question about a Reuters report that China might have been involved in the attack, the president said that U.S. investigators had not yet found any nation-state fingerprints other than those of North Korea.

“We’ve got no indication that North Korea was acting in conjunction with another country,” Obama said.

The president said he was hopeful that Congress would pass meaningful cybersecurity legislation, but he cautioned that attacks like the one against Sony would continue to happen.

“I think all of us have to anticipate occasionally there are gonna be breaches like this,” Obama said. But, he added, “We can’t start changing our patterns of behavior.”

Asked if he would watch The Interview as a symbolic gesture of protest, Obama said, “I’ve got a long list of movies I’m going to be watching.”

Obama would not elaborate on U.S. plans to retaliate against North Korea, but he did call for an international dialog over “rules of the road” for online behavior by nation-states.

Sen. John McCain, the incoming chairman of the Senate Armed Services Committee, said on Friday morning that he planned to hold a hearing on the hack, adding that the U.S. should “respond in kind.”