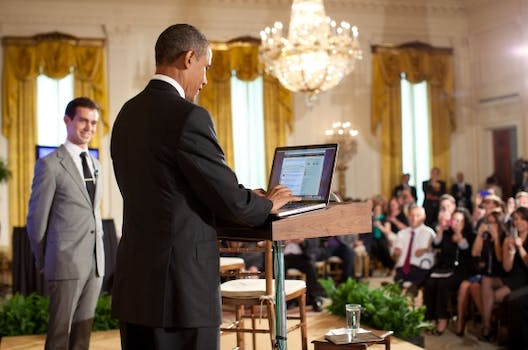 Both presidential candidates are relying on social media to reach the growing Hispanic population.

The Latino vote will be a coveted prize in the 2012 Presidential election, and both Democrats and Republicans are going after it via social media.

Both President Barack Obama and Mitt Romney have launched social media efforts targeted at Latino voters, with the Democratic incumbent making the biggest effort. Obama has launched a Facebook page and Twitter account aimed at the diverse voting block and Romney has created a Spanish video section on his YouTube page.

The Hispanic population is one of the fastest growing groups in the United States, and many believe it will play a huge role in this and future elections. By 2050, Latinos are expected to make up 30 percent of the population. However because the population is so diverse, so too are its political opinions—some leaning left, some leaning right—which explains why both major parties campaigns are making a bid.

Social media appears to be one of the most effective weapons Romney and Obama have, because Latinos, according to uSamp, use social media more than other groups. Of 650 Hispanic adults surveyed this year, 90 percent were on Facebook versus 81 percent of the general population.

Each candidate’s Latino efforts obviously focus on issues important to that demographic. The Obama side has focused on Romney and Paul Ryan and their stance on immigration. Romney, meanwhile, is reminding voters about the economic struggles the country is facing.

Obama’s more established accounts may be helping slightly; he has seen Hispanic support grow over the summer. But generally, though the Facebook and Twitter accounts don’t have as many followers as the campaign’s primary accounts, they do at least show that both campaigns realize they need the Latino vote.