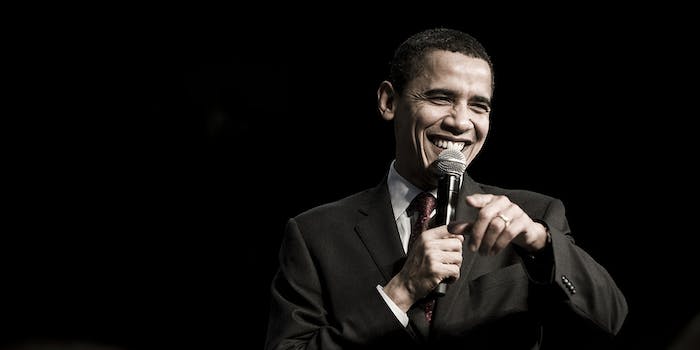 This will be a major talking point in next week's State of the Union.

With the State of the Union address a week away, President Barack Obama is taking his speech for a test drive. That includes an “early announcement” about White House plans to improve the nation’s broadband access.

Obama is honing his narrative on Cedar Falls, Iowa—a city with broadband speeds that leave markets like Los Angeles; Washington, D.C.; and New York City in the dust. On Wednesday, Obama will outline his plans to connect “all Americans” to faster broadband Internet with a speech in the Hawkeye State.

“The reason [Cedar Falls, Iowa] can compete with these other world cities is because citizens got together and made the investment to bring competition in and make sure that Internet speeds were just as fast there as anywhere else,” Obama said in a YouTube address posted to the White House’s channel Tuesday. 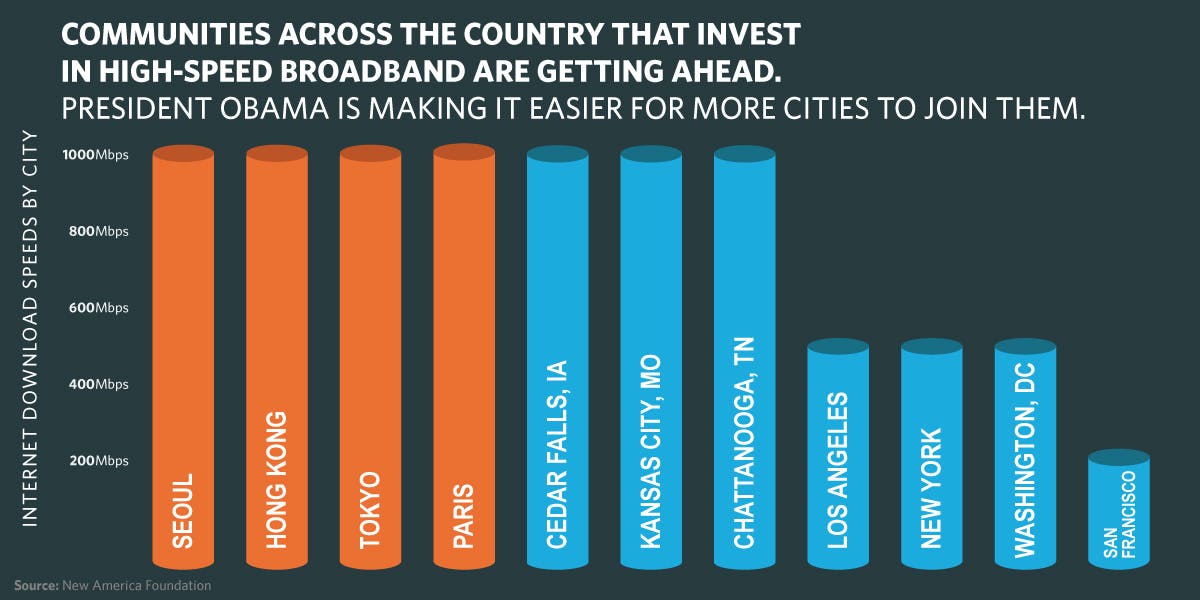 Obama made light of connectivity issues, like “that little circle thing that goes around and around, it’s really aggravating,” but he noted the real-life economic consequences of slow and unreliable broadband access.

According to the White House, the plan includes pressuring the Federal Communications Commission to join policy efforts, expanding his 50-city-wide Next Century Cities coalition (a sort of think tank that works on broadband solutions), and a new BroadbandUSA initiative that will help with on-the-ground deployment logistics. The plan will also call for a 12-agency-wide broadband council and a Department of Agriculture-spearheaded Community Connect program that will help finance connectivity to rural areas.

Photo via Joe Crimmings/Flickr (CC BY 2.0)