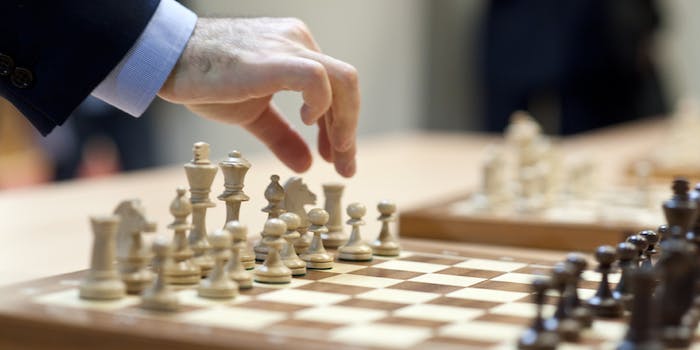 Rep. Justin Amash has introduced an amendment that could dismantle the NSA's metadata collection efforts, and the White House is not happy.

“We oppose the current effort in the House to hastily dismantle one of our Intelligence Community’s counterterrorism tools. This blunt approach is not the product of an informed, open, or deliberative process. We urge the House to reject the Amash Amendment.”

It’s not uncommon for the White House to issue opinions on bills before they go to a House vote. But Amash’s proposal is a mere amendment, tacked on to a defense budget bill. As he noted on Twitter, that makes the press release much more unusual:

When’s the last time a president put out an emergency statement against an amendment? The Washington elites fear liberty. They fear you.

Most Americans weren’t explicitly aware of the NSA‘s practice of tracking the time and location of domestic phone calls until June, when whistleblower Edward Snowden leaked a top secret court order demanding Verizon hand over records of every call. However, other NSA documents, also leaked by Snowden, show that the agency began the practice almost immediately after the attacks of Sept. 11, 2001.

President Obama and intelligence leaders have since defended metadata collection as both legal and necessary for national security. Privacy advocates, however, have been outraged, and have launched an initiative to convince the House to support Amash’s bill, called Defund The NSA.

But the intelligence community has been fighting their own PR battle, too. The House Intelligence Committee, along with NSA chief Keith Alexander, have pushed back to keep Amash’s bill from passing. And a coalition of former heads of U.S. intelligence, including former CIA and NSA director Michael Hayden, released a letter of broad support for the metadata program Tuesday.