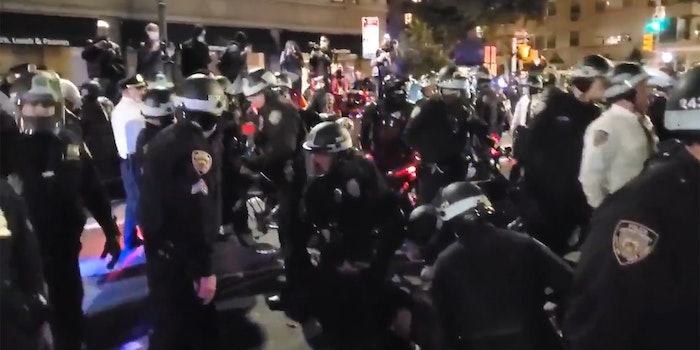 The NYPD issued 25 arrests and 32 summonses on Wednesday.