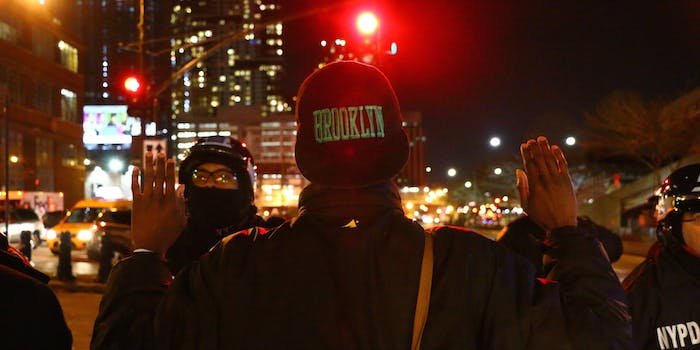 "I’m from a cop family, and you need to take responsibility, m***erf**ker!"

When the news hit that Daniel Pantaleo, the New York police officer under scrutiny by a grand jury in the homicide of Eric Garner, would not be charged with a crime or brought to trial, the protests came about almost spontaneously. Someone called New Yorkers to Times Square. Thousands turned up. 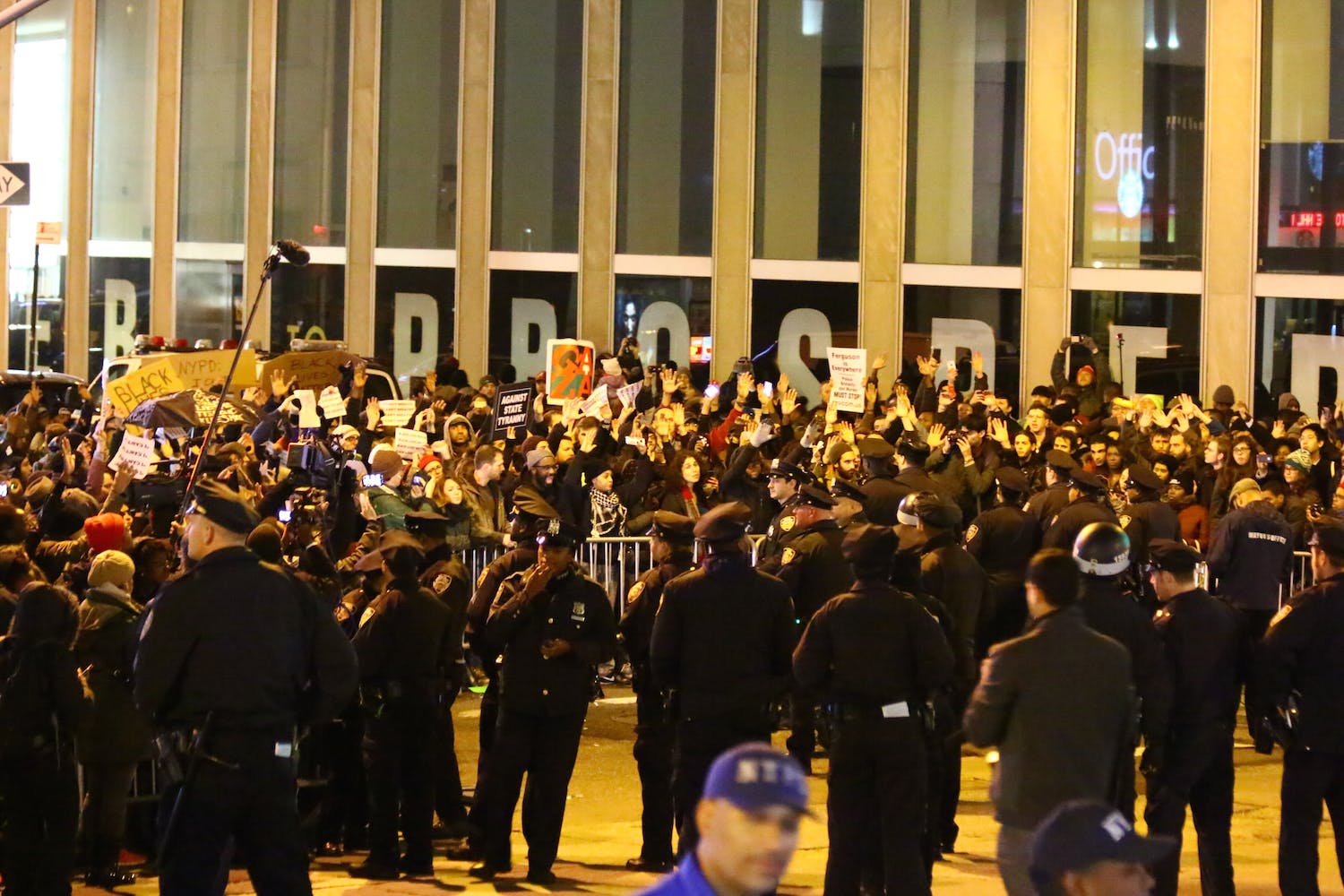 Police used the Rockefeller Center tree lighting ceremony as a convenient excuse to set up barricaded checkpoints throughout the entirety of the area, making it difficult (if not impossible) for people to converge in one place. 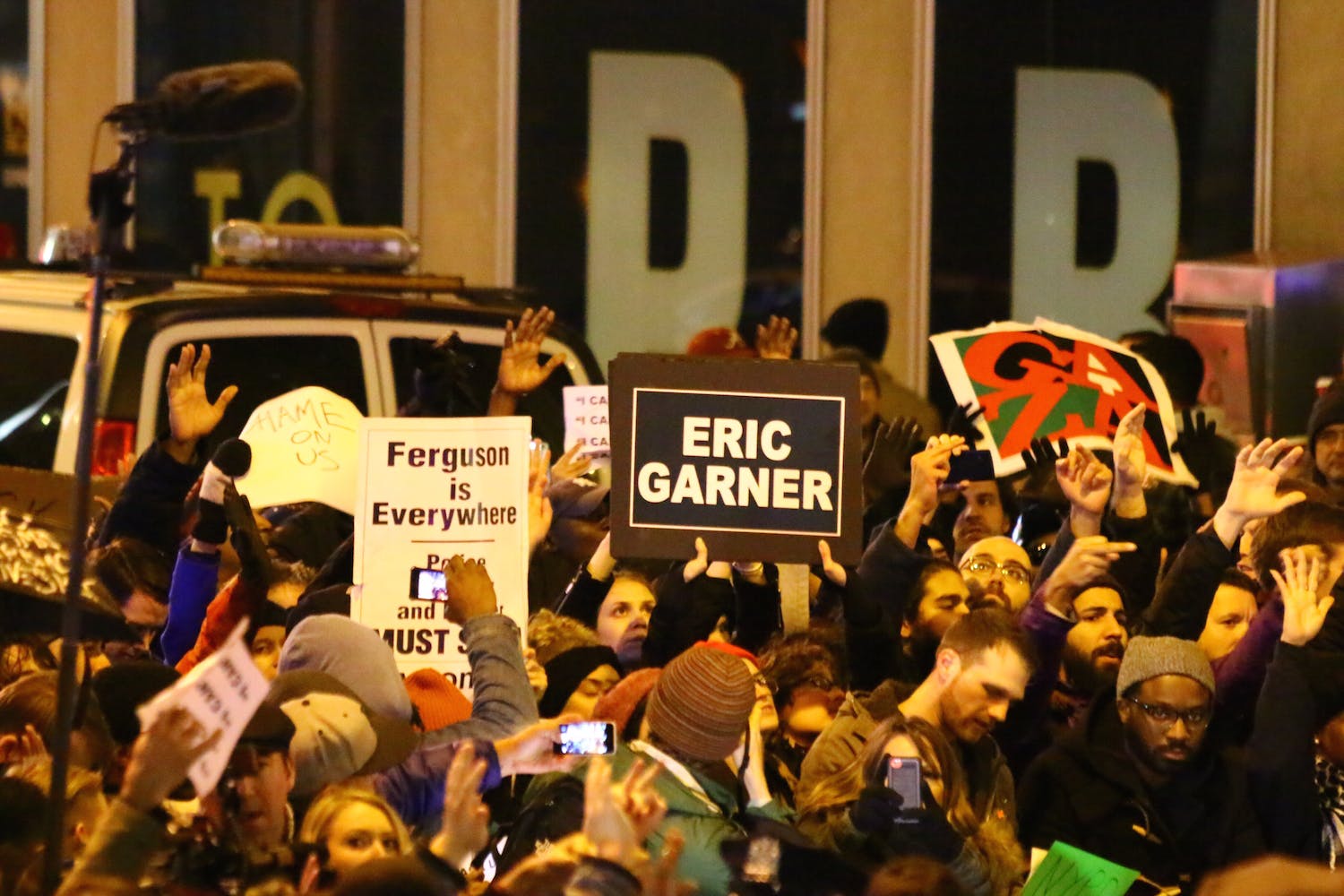 Still, pockets of protest formed as people who came with their signs and their anger found each other and clustered together at almost every corner along Sixth Avenue. Kettled in by police, rebels rubbed shoulders with tourists, and some even joined in the chanting. 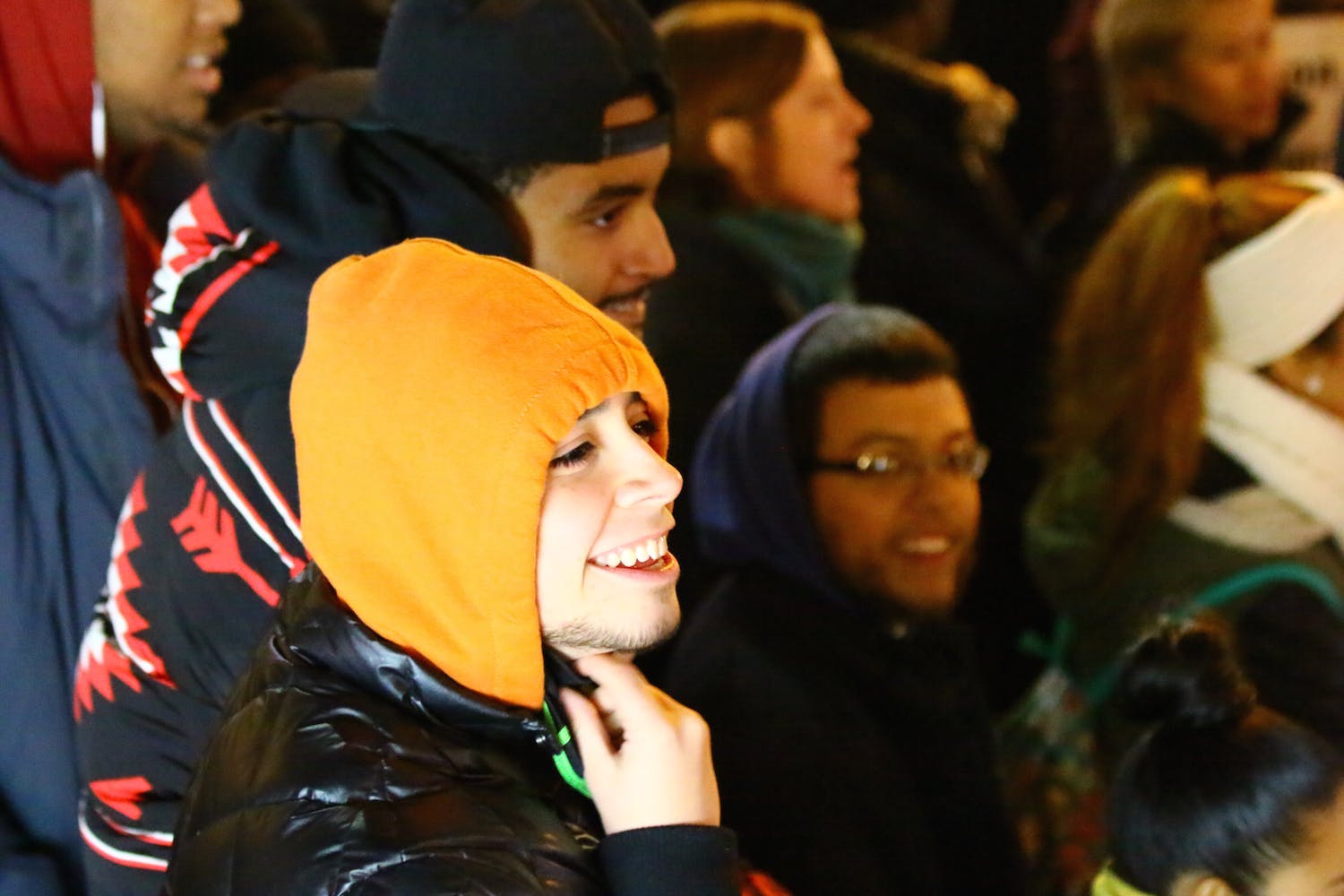 Left with little to do but talk to each other, conversation became an important part of the action. New Yorkers on the street know justice when they see it—and there was none to be found in the asphyxiating sea of blue. Eric Garner was choked to death on July 17th by NYPD Officer Daniel Pantaleo. After a secret grand jury decided not to bring charges, despite a coroner finding the death a homicide, and stomach-churning video clearly showing the man desperately grasping onto life, screaming his last whisper — “I can’t breathe” — the cops on the street were left speechless to defend themselves from the public’s rage. 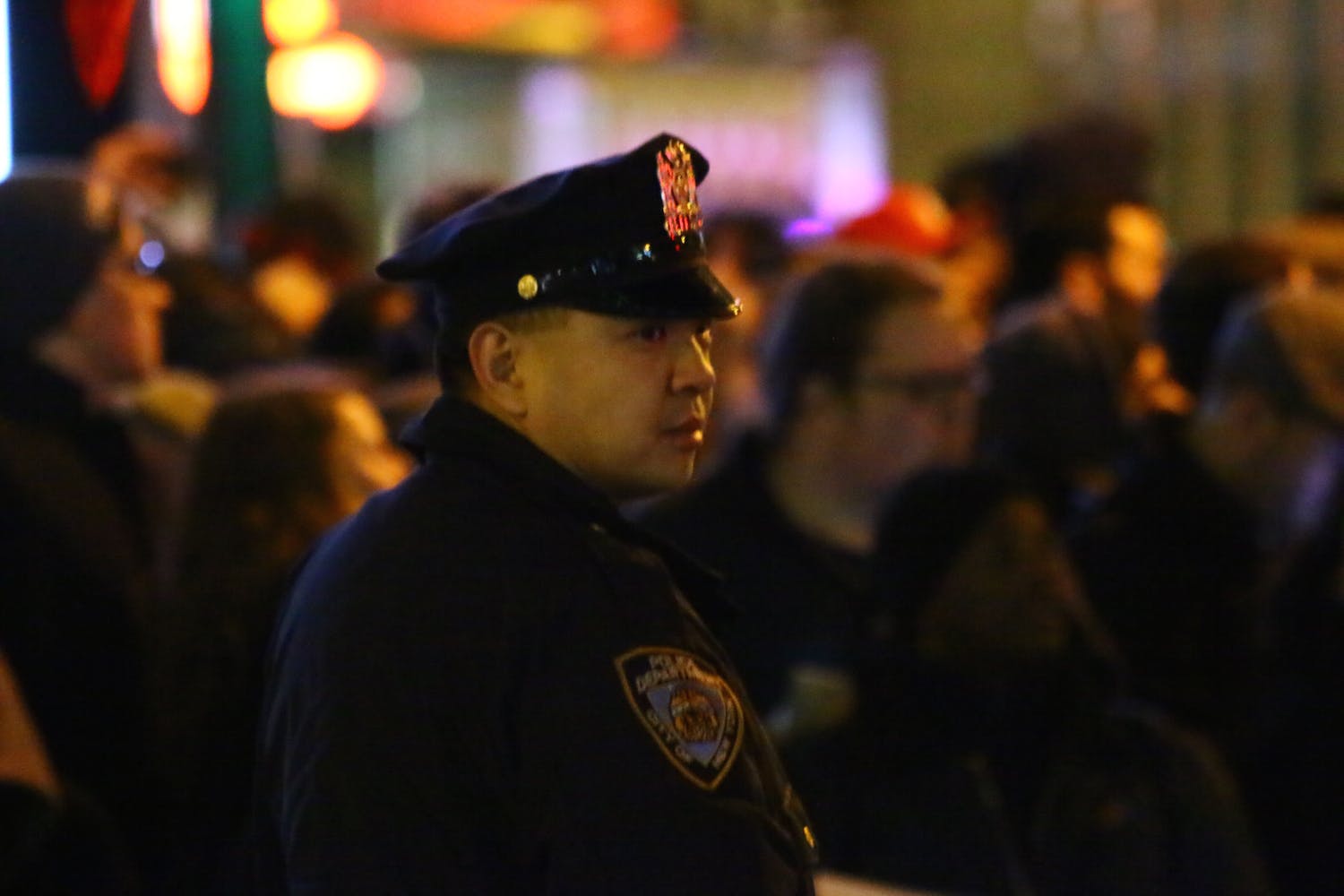 Most cops couldn’t look demonstrators in the eyes, as demonstrators many let furious words fly at the police. One woman hollered straight into an officer’s face on Sixth Avenue: “You’re supposed to serve us. You’re defending killers, so you’re no better than a killer to me. I’m from a cop family, and you need to take responsibility, motherfucker!” 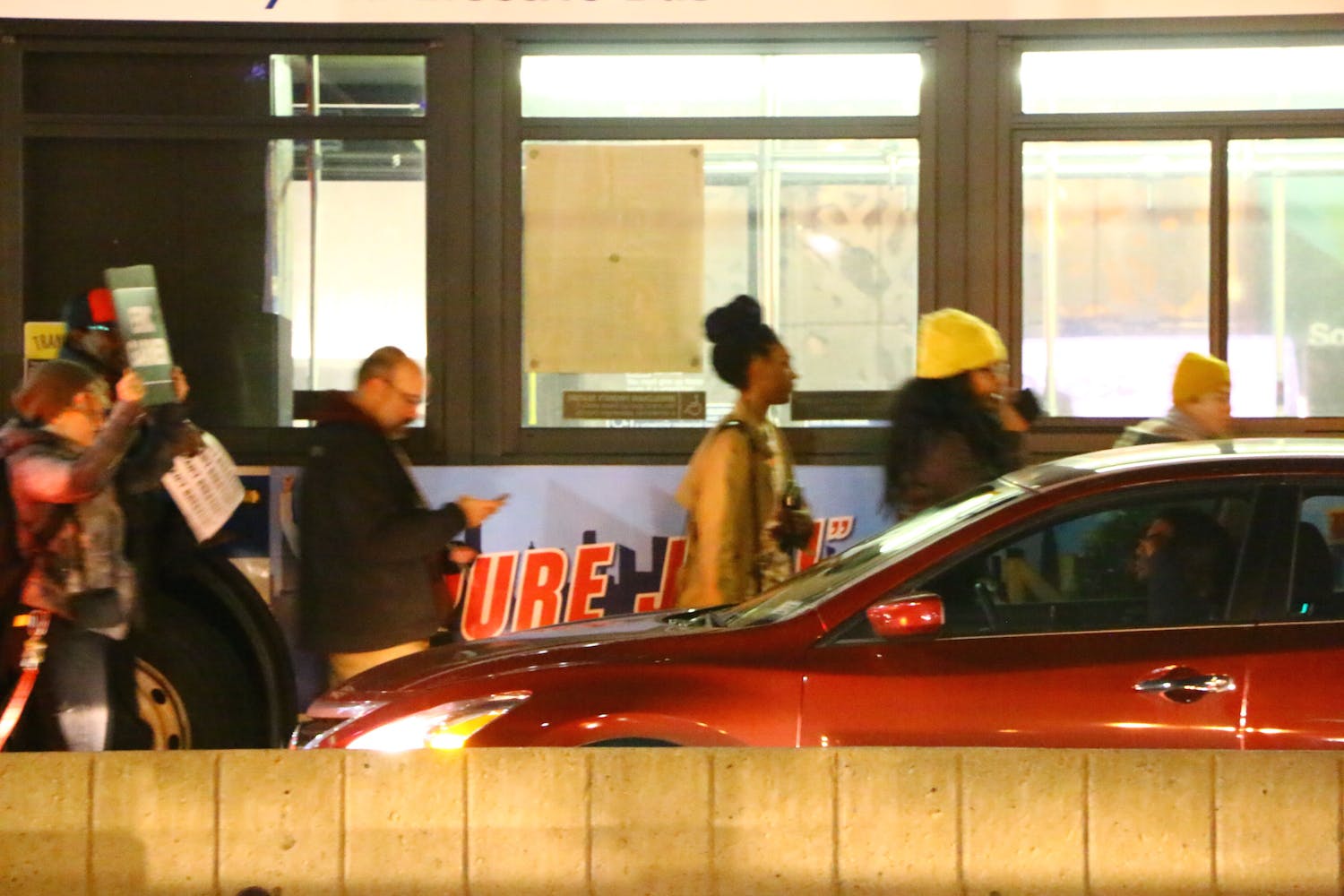 On the other side of town, several marches had broken away from the Midtown militarized zone and took off toward the Upper West Side. Signs and chanting flooded Columbus circle, quickly pursued by police on motor scooters.