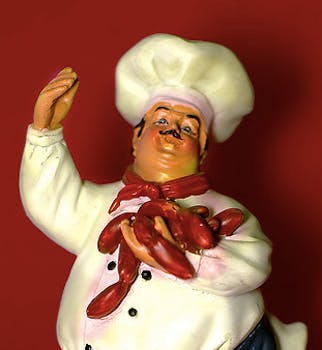 NYC chef’s Craigslist confession: “I farted on my employees”

"I farted on every single one of my employees. All 37 of them. (West Village)" is bizarre even for Craigslist standards.

“Person posts insane story in Craigslist’s rants and raves section” is nothing new, but the latest example out of New York City stands out even by our bizarre standards.

The post, with the self-explanatory title “I farted on every single one of my employees. All 37 of them. (West Village)”—it’s now been flagged for removal—purports to be written by the owner of a “somewhat famous restaurant in the meatpacking district. … I dont know if I would call myself world famous, but I am definitely known in and around NYC. I have had several specials on foodnetwork.”

The writer says he set out to fart on each of his employees, according to a specific set of rules:

I had to fart on everyone that works for me, and write it all in a log book so that I can keep track.

Some people I couldn’t just directly fart on, like my accountant, shes a sweet girl, and I think she might feel that I have accosted her or something, department of labor could be called, etc.., so much care has to be taken with these types of cases.

1. The only rules I had were this: I had to fart on everyone, I mean including my bread guy, my pasta guy, all our dishwashers, my sous chef, etc…

2. They had to either hear, smell or be somehow aware that I have farted on them. This is where it gets tricky.

3. I have to do it in order of name, alphabetically, and I cant skip people and come back.

4. At least 80% had to make a comment or some type of revolting behavior afterward, and if they didnt, I had to do them again and again, the same person, until they finally surrendered to the demon that is my fart.

He goes on to wax rhapsodic about various types of farts, which ones to cultivate and which to avoid, and promises to post a new fart story every night, one for each of his employees.

I think I will post the story of every single persons very own and original fart on here every night for 37 nights. Some are really good ones, some are just farts, but I will let you be the judge.

And maybe by the end some of you will know who i am, and if you ever do figure it out, come to my restaurant and tell the bartender this: “Mr. Bojangles and his two sidewinders sent me”, he will give you a free drink, and a laugh.

NYMag’s food blog Grub Street pointed its readers toward the rant in a post titled “West Village Chef suffers fart attack.” Grub Street noted, “However strange, the post seems to be written by someone who knows kitchens. It’s too well paced to be vengeful, too unfunny to be parody, and too unspecific to be slander.”

Of course, just because the writer knows kitchens doesn’t mean the post is real. Its initial premise—“A boss either is, or has, a flatulently prolific asshole around his workers”—is depressingly plausible, whether that boss is a celebrity chef or not. But if this post is genuine and the guy’s identity revealed, any farted-upon employee with a halfway competent attorney has grounds for a slam-dunk lawsuit against the boss. The writer himself alluded to this, when he mentioned that the “department of labor could be called.”

The fartiste ended his rant with the promise, “Check u tomorrow for EF#2.”