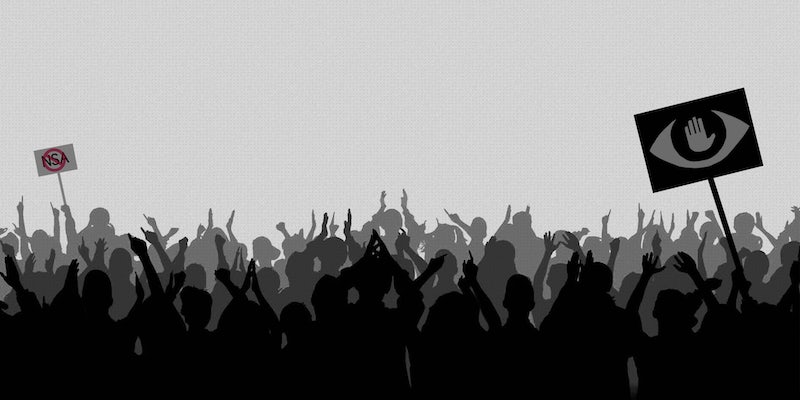 A blackout is coming.

The date is set: On Feb. 11, the Internet will finally formally protest the type of spying revealed by former National Security Agency contractor Edward Snowden.

It’s called “The Day We Fight Back.”

A host of familiar sites and companies with an activist bent—including Reddit, Mozilla, and BoingBoing—are leading the charge,  and organizers expect plenty more to join in the coming weeks.

It’s reminiscent of two years ago, when the above companies, plus heavy hitters like Wikipedia and Google, went on “strike” to protest the Stop Online Piracy Act (SOPA), a bill many feared would have made it easy to shut down websites for alleged copyright infringement. It’s not clear if they’ll go that far this time—that’s “tbd,” as Reddit General Manager Erik Martin told the Daily Dot—but the sites will at least all adopt anti-spying banners on that day and encourage others to do the same.

To be clear, pushing back against agencies like the NSA and the U.K.’s Government Communication Headquarters is a far more difficult task than calling lawmakers en masse to argue against a single bill, as was the case with SOPA.

“In this case, we have to take a first step,” Demand Progress Executive Direct David Segal wrote on a Reddit thread to promote the protest. “But we need our legislators to hear from people who love the Internet that we won’t stand by and let it be turned into a giant tool for mass surveillance.”

Ironically, this is the first major online protest against those spy programs, though there have been three major physical protests. Each of those were tied to symbolic dates—Restore the Fourth (a nod to the Fourth Amendment, which guarantees privacy, held on the Fourth of July), 1984 Day on Aug. 4, and on the 12th anniversary of the Patriot Act, which provided the legal basis for many of the NSA’s current practices.

Feb. 11 is no different: It’s one of several proposed days to honor Aaron Swartz, the Demand Progress and early SOPA critic, who committed suicide in January 2013, hounded by controversial hacking charges.

“If Aaron were alive he’d be on the front lines, fighting back against these practices that undermine our ability to engage with each other as genuinely free human beings,” Segal said.