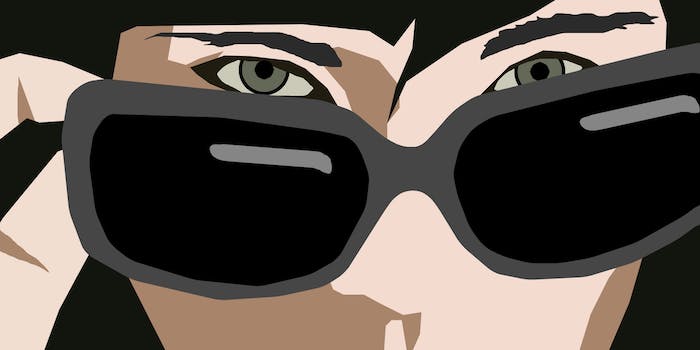 7 short, declassified tales of NSA agents spying on their lovers

We've got the backstory behind 12 cases of NSA misconduct. Notably, seven of these offer details of spurned or suspicious lovers.

Since August, we’ve known that National Security Agency employees have, from time to time, used their vast spy capabilities to snoop on objects of their romantic affection.

But now, thanks to the dogged inquiries of Senator Chuck Grassley (R-Iowa), we’ve got some of the lurid details. A letter from NSA Inspector General George Ellard to Grassley (yes, that Grassley), dated September 11, 2013, and released Friday, gives the backstory behind 12 cases of NSA misconduct. Notably, seven of these offer details of spurned or suspicious lovers.

It’s important to note when reading these that the NSA keeps a database of phone-call metadata—who calls whom, and when—of essentially every U.S. phone, plus many foreign ones. It’s got plenty of other databases of other kinds of intelligence, like online correspondence. Those who can access those databases vary—they could be military, NSA employees without military rank, or hired by an outside company.

1) In 2004, one contractor, stationed somewhere abroad, tried searching both his home phone number and the cellphone of his foreign girlfriend. His home phone was blocked from querying, as it had been flagged as belonging to a U.S. citizen, but he had no such trouble with his girlfriend. He then sat on this knowledge until fessing up before a polygraph test in 2011, but he retired before receiving any punishment.

2) In 2004, a contractor admitted that she, suspecting her husband of infidelity, had searched the call records for searching a foreign number she found in his cellphone, even flagging him for voice collection. After fessing up to the NSA, she quit before she could be punished.

3) In 2003, an obsessive contractor was found out when his girlfriend, a foreigner working for the U.S. government, confided to a coworker that she thought he was spying on her. That coworker reported the incident, and the subsequent investigation revealed that over the previous five years, he’d spied on nine different women, all without any foreign intelligence purpose. He didn’t just listen to their phone calls, either. The investigation found that he “conducted call-chaining on one of the numbers”—meaning he looked at who one woman called, then ran searches on those numbers. He too, quit before he could be disciplined.

4) Another contractor tracked three foreign women for personal interest between 2001 and 2003. His own company reported him, and he quit.

5) In 2011, a contractor admitted in an unrelated investigation that she’d previously searched her boyfriend’s phone number. When pressed, she admitting that she’d taken to regularly putting foreign numbers in search queries, as she wanted to make sure she was avoiding “shady characters.” She quit before she could be disciplined.

6) In 2005, a member of the military, on the very first day he was given access to the NSA’s collection database, searched for six of his former girlfriends’ email addresses. He was caught four days later. He swore he was just trying out the system, and never read the emails. He docked half his pay for two months.

7) Between 2005 and ’06, a civilian working for the Army’s CONUS center queried the name of his girlfriend—an American—twice, as well as her number on “many occasions.” When investigated, he said he wanted to know “if anyone was discussing his travel,” which he feared would lead to security problems. The NSA report says it was unable to locate whether he was recommended to the Department of Justice.