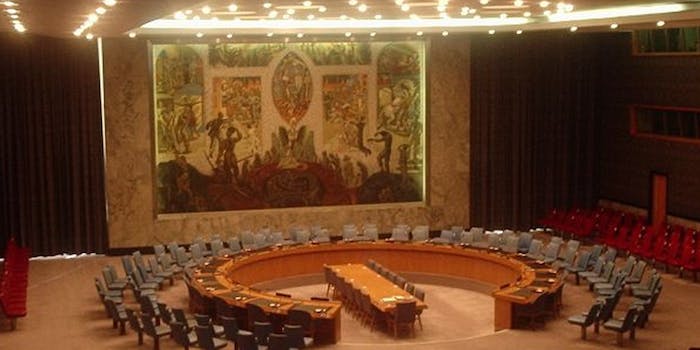 According to the German magazine, classified NSA documents leaked by former agency contractor Edward Snowden revealed that during the summer of 2012, the agency decrypted 458 private U.N. communications.

Der Spiegel reported that by cracking the U.N. encryption system, the NSA “dramatically increased the data from video phone conferences and the ability to decode the data traffic.”

In its surveillance efforts, the agency apparently discovered that China had been employing similar tactics to listen in on the conversations.

The leak will no doubt not sit well with the U.N.’s 193 member states. Surveillance of U.N. videoconferences is against international law, which is partly established and upheld by the U.N.—and presumably its member states.

Earlier revelations from Snowden revealed intelligence collaborations between American, British, and German intelligence agencies. Whether the agency shared its intelligence with those foreign governments is not clear at this time.