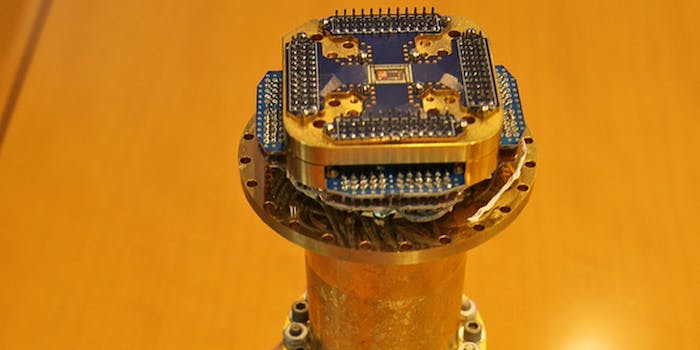 Does the NSA have a quantum computer?

In Wired, security expert Bruce Schneier explores the question of how sophisticated the NSA's encryption attacks might be.

According to the secret U.S. intelligence budget leaked by former National Security Agency contractor Edward Snowden, the Department of Defense spends $11 billion a year on cryptanalysis—almost certainly more than any other group in the world.

So how good is the U.S. intelligence community at cracking encryptions?

The question is an important one: Since Snowden leaked a trove of documents detailing the NSA’s controversial Internet surveillance program, it has become clear that the NSA is “touching” a good portion of emails, messages, chats, photos, and videos.

In an opinion piece for Wired, security expert Bruce Schneier explored just how advanced the NSA’s secret encryption capabilities might be.

Schneier pointed to a curious line in the introduction of the intelligence budget, written by the Director of National Intelligence James Clapper: “we are investing in groundbreaking cryptanalytic capabilities to defeat adversarial cryptography and exploit Internet traffic.”

According to Schneier, it is likely that the NSA does have more advanced cryptoanalysis techniques than those publicly known. Indeed, the NSA is one of if not the largest employer of mathematicians, often recruiting researchers from top-tier Ph.D. programs.

However, Schneier wrote, it is unlikely that the NSA’s encryption techniques would be advanced enough to break plain text encryptions used for many sensitive Internet communications. In short, these encryption algorithms are so far beyond any known attack techniques that the idea the NSA would have made such a leap in mathematical understanding is “so impossible as to be fanciful.”

That said, Schneier did offer one intriguing—yet highly unlikely—possible explanation for Clapper’s bold claim about the agency’s encryption-breaking capabilities: a quantum computer. Theoretically, we know—and have known for a while—that when the quantum computer arrives, it will be able to make quick work of encryption algorithm’s on the Internet.

As far as the academic world is concerned, that day is still a ways off. As Schneier wrote, “it extraordinarily unlikely that the NSA has built a quantum computer capable of performing the magnitude of calculation necessary to do this, but it’s possible.”