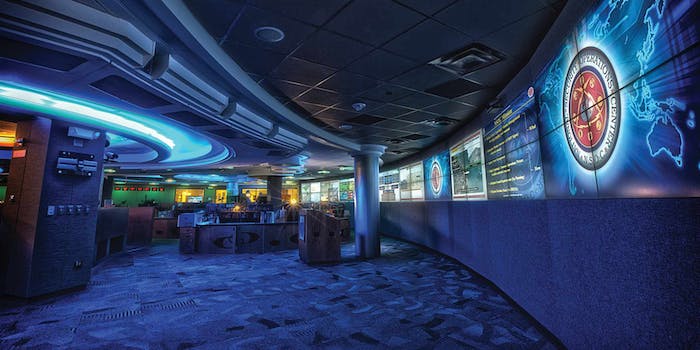 Want to do PR for the NSA? Here’s your chance

If you’re a people person with top secret clearance, then we have a job for you.

Are you a U.S. citizen living in the greater Washington, D.C. area looking for a new gig? Do you have impeccable oral and written communication skills? Or strong analytical and critical thinking skills?

Sure you do, you have all those things in spades.

What about the ability to obtain and maintain a Top Secret security clearance? At least 10 years of experience in public affairs or communications inside the U.S. government or government-related private sector work? Or experience applying public affairs regulations in a Department of Defense setting?

If you meet all, or even just most, of those qualifications, do we have a job for you. The NSA is looking for a new public relations chief and the job could be yours—as long as you’re cool passing a drug test, security background investigation, and polygraph examination.

The position, which was recently posted on the agency’s online job board, has a listed salary of $175,000 per year, although that could be adjusted based on experience.

While the primary responsibilities of the role are about what you’d expect—managing relationships with the media and coordinating public outreach—much of the job posting seems to be in direct reaction to calls for the famously secretive agency to become more open and transparent following the disclosures of former NSA contractor Edward Snowden.

The ad says that whoever accepts the position ?will be the principal architect of external outreach designed to meet the President’s expectations for greater transparency as expressed in his 17 January 2014 speech.”

The part of Obama’s speech, which was a clear response to the Snowden revelations, that attracted the most attention was the President’s call for an end to the government’s ability to hold cell phone metadata—instead, having private companies hold the information, which the government would then query on a case-by-base basis. However, the speech also detailed efforts to make the NSA more open by declassifying a greater amount of material and then making those documents available to the public:

We will reform programs and procedures in place to provide greater transparency to our surveillance activities and fortify the safeguards that protect the privacy of U.S. persons. Since we began this review, including information being released today, we’ve declassified over 40 opinions and orders of the Foreign Intelligence Surveillance Court, which provides judicial review of some of our most sensitive intelligence activities, including the Section 702 program targeting foreign individuals overseas and the Section 215 telephone metadata program.

And going forward, I’m directing the director of national intelligence, in consultation with the attorney general, to annually review for the purposes of declassification any future opinions of the court with broad privacy implications and to report to me and to Congress on these efforts.

The job doesn’t seem like one that will be particularly easy, mainly because throwing out a warm blanket of ?no comments” over everything may not cut it anymore if the agency is interested in repairing its image.

Polls have shown that a majority of Americans disapprove of the agency’s domestic surveillance programs. A recent study by Human Rights Watch and the American Civil Liberties Union shows that the omnipresence of the NSA snooping on digital communications is hampering the ability of journalists to do their jobs.

As a result, regaining that trust with the public will not only be difficult, but likely take more than just effective messaging from a single arm of the agency. That’s probably why the job ad also calls for someone to, ?counsel and advise the NSA senior leadership team on all matters with respect to public engagement with a bias toward a proactive media approach.”

If you step into this role, you’d be filling the shoes of Judith Emmel, who has been the public face of the NSA since the early 1990s. Emmel told Politico that she is moving to a new position inside the department.

If you’re interested in applying, or just happen to be curious to read the full job notice, check it out here.