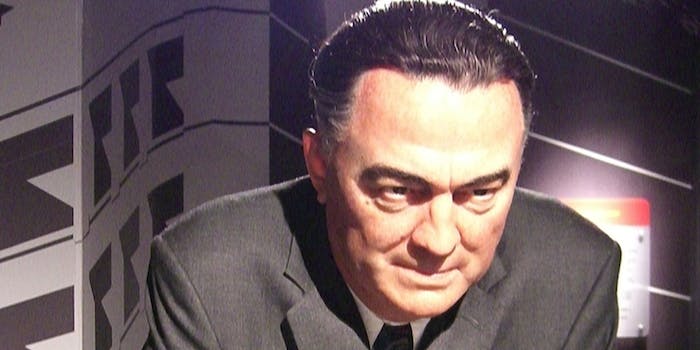 The NSA has a long history of trying to shame its domestic enemies.

The Huffington Post reported Tuesday that the National Security Agency monitored the online pornography browsing habits of six individuals, apparently in an attempt to gather information to discredit them. While the extent of the spying is unclear, history says we should be worried. Decades ago, the FBI was engaged in a very similar operation.

This latest leak from the trove of secret documents taken from the NSA by former intelligence contractor Edward Snowden presents an unnerving scenario. It suggests that the U.S. government tracks the personal browsing habits of U.S. persons and foreigners alike, in order to discredit them if need be. Broadly applied, that would be a powerful blackmailing tool.

Any system can be abused, Baker allowed, but he said fears of the policy drifting to domestic political opponents don’t justify rejecting it. ‘On that ground you could question almost any tactic we use in a war, and at some point you have to say we’re counting on our officials to know the difference,’ he said.

First, it isn’t clear (at least from the HuffPo report) that the NSA’s targets were attempting to harm the U.S. According to the documents seen by the outlet, of the six people targeted for attempting to “radicalize” groups against the U.S. government, none were suspected of actually being involved in any terror plots. At least one of the targets was a U.S. person, meaning either a citizen or permanent resident.

Details and debate over this particular leak have been widely published. But the deeper question that Baker’s comment raises is whether the fears that the policy would “drift to domestic political opponents” are valid.

In fact, this is well worn territory for the U.S. intelligence community.

Between 1956 and 1971, the FBI was engaged in an operation known as COINTELPRO, short for Counter Intelligence Program. The program began, in the FBI’s words, “to disrupt the activities of the Communist Party of the United States.”

In a memo from the 1960s, the FBI director J Edgar Hoover explained that the program was meant to “expose, disrupt, misdirect, discredit, or otherwise neutralize” domestic threats. “No opportunity should be missed to exploit through counterintelligence techniques the organizational and personal conflicts of the leaderships of the groups and where possible an effort should be made to capitalize upon existing conflicts.”

Quickly, COINTELPRO’s mission began to creep to include a number of “domestic groups” such as the KKK, the Black Panthers, and the Socialist Workers Party. Soon COINTELPRO agents were taking aim at Civil Rights leaders and Vietnam War protestors like Martin Luther King Jr and Bill Ayers. It continued to move further away from its stated goals until the early 70s when it was shut down. According to the FBI, “COINTELPRO was later rightfully criticized by Congress and the American people for abridging first amendment rights.”

For its part, the NSA was engaged in similar domestic spying operations known as project MINARET, which went so far as to spy on Senator Frank Church, the head of the Church Committee that would eventually be responsible for shuttering the program.

It’s hard to say how likely it is that the NSA’s current attempts to collect pornography browsing habits are similarly creeping into domestic affairs. After all, the FBI does admit the program violated the first amendment.

That said, one of the reasons COINTELPRO went awry is because J Edgar Hoover had a very different definition of a national threat than we do today. He believed the civil rights, anti-war, and socialist movements in the United States were engaged in an elaborate foreign-backed conspiracy to undermine the government. In retrospect, no one holds this opinion. One has to wonder how the NSA’s current targeting rubric will be viewed in hindsight.