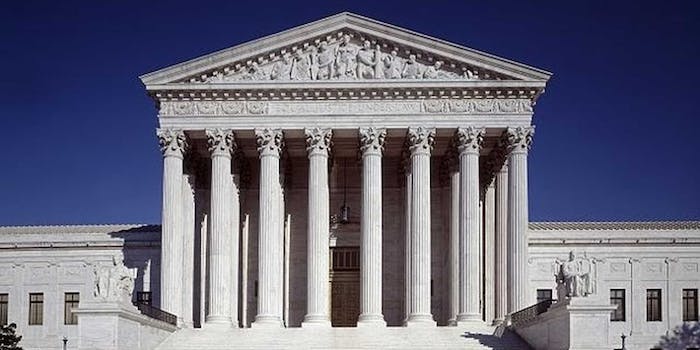 What the 3 largest NSA lawsuits are fighting for

Here's what you need to know about the major lawsuits that have emerged in the wake of Edward Snowden's National Security Agency leaks.

Edward Snowden’s whistleblowing has caused a whole lot of pandemonium, but it’s also produced results. For one, the top secret information Snowden leaked breathed new life into the ongoing legal fight against the NSA’s dragnet surveillance.

This week, the Electronic Privacy Information Center filed an emergency petition with the U.S. Supreme Court to sue the government for phone snooping, and several other privacy lawsuits are plowing forward.

So, who is suing who, and for what exactly? And do they have a snowball’s chance in hell of winning? Let’s break it down.

EPIC’s been all over the surveillance issue for nearly a decade. It sued for information on the NSA and Google’s relationship in 2010, fought and lost over warrantless wiretapping under Bush.

This time the group went straight to the top, to the Supreme Court. Directly asking the nation’s highest court to sue the government is ballsy, and rare. Plus, it usually doesn’t work. So why is EPIC doing it?

For one, these aren’t common circumstances, the group says. For two, because of a pesky little problem called the Foreign Intelligence Surveillance Court, also known as FISC, also known as the “secret court” that signed off on the vast majority of NSA wiretap requests without public knowledge or opposition.

Photo via Library of Congress