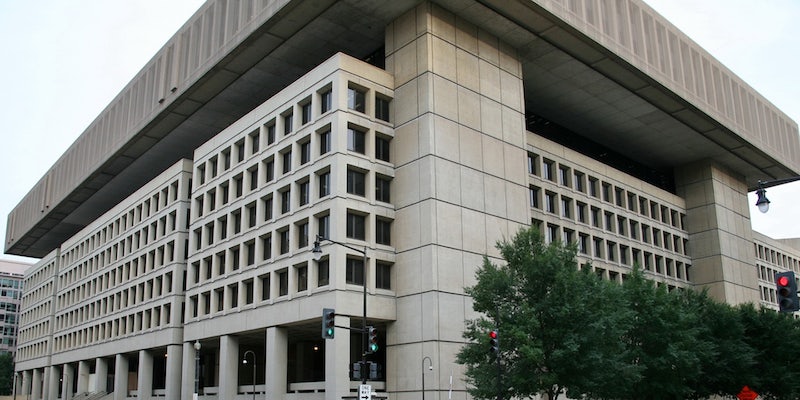 A 'staggering' amount of data, one judge said.

The Justice Department is investigating the FBI’s use of information taken directly from mass surveillance conducted by the National Security Agency (NSA)’s collection of telephone metadata.

The yield of that NSA spying program was described by a judge as a “staggering” amount of data when the agency’s ability to collect it was struck down as illegal in court earlier this year. The program was resumed in June and will run until at least December.

Another ongoing Justice Department investigation is examining the Drug Enforcement Administration (DEA)’s use of “parallel construction.”

The investigations surfaced in a report to Congress from the Justice Department’s inspector general.

Parallel construction is a controversial investigative technique that takes information gained from sources like the NSA’s mass surveillance, covers up or lies about the sources, and then utilizes them in criminal investigations inside the United States. The information was passed to other federal agencies like the Internal Revenue Service (IRS).

The technique was described as “decades old, a bedrock concept” by a DEA official.

Critics at the Electronic Frontier Foundation (EFF) described the technique as “intelligence laundering” designed to cover up “deception and dishonesty” that ran contrary to the original intent of post-9/11 surveillance laws.

Both the FBI and DEA, which operate under the jurisdiction of the Justice Department, are under review by the department’s Office of Inspector General (OIG). The details of the NSA’s mass metadata collection program were first publicly revealed in 2013 by contractor Edward Snowden. The DEA’s use of parallel construction was revealed by Reuters a few months later.

The OIG is charged with identifying and investigating fraud, waste, abuse, and mismanagement. Although OIG reports cannot on their own force change, detailed information is always shared with Congress and often the public which can lead to the investigated party agreeing to the suggested changes and conclusions from the OIG or other entities.

The NSA sent daily metadata reports to the FBI from at least 2006 to 2011, according to the director of national intelligence.

The ongoing review will examine how the FBI processed the NSA’s information, how much information was passed along, and the results of the initiated investigations.

The NSA’s mass collection of telephone metadata was thought to be authorized under Section 215 of the Patriot Act. Both the George W. Bush and Barack Obama administrations argued for and renewed authorization until the program expired in Congress earlier this year.

The Justice Department’s Office of Inspector General is also investigating the FBI’s use of Patroit Act Section 215 from 2012 to 2014 that allowed it to obtain “any tangible thing” from any business or entity as part of investigations against international terrorism or spying.

A previous investigation revealed that every single Section 215 application submitted by the FBI to the secretive Foreign Intelligence Surveillance Court (FISA) was approved.

That amount data collected was a “staggering” amount of information, Judge Gerard E. Lynch wrote in his decision. “Such expansive development of government repositories of formerly private records would be an unprecedented contraction of the privacy expectations of all Americans.”