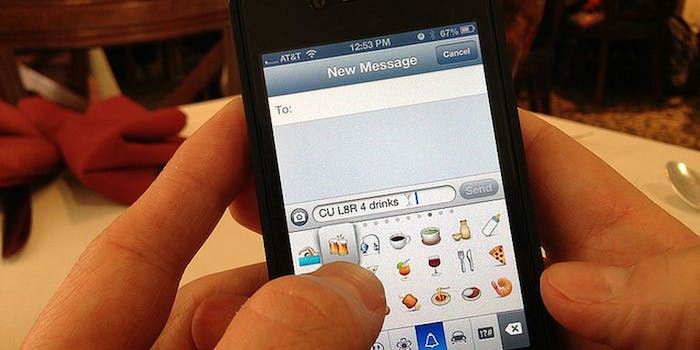 With them it tracks locations, financial transactions, networks, and more.

The National Security Agency collects some 200 million text messages around the globe each day, the Guardian reported.

According to an investigation conducted by the Guardian and U.K.’s News Channel 4, the agency sweeps up hundreds of millions of messages each day in order to collect both content and metadata. Specifically, the paper reports that the agency extracts locations, travel plans, financial transactions, contact networks and credit card details from text communications.

As part of its longstanding collaboration with the U.K. Government Communications Headquarters (the U.K. equivalent of the NSA), British intelligence agents are allowed to access and query the text message database.

The two outlets’ investigation of the program, known as Dishfire, was initially based on documents taken from the agency by former contractor Edward Snowden. One slide taken by Snowden, dated June 9, 2011, outlines the program under the subheading “SMS Text Messages: A Goldmine to Exploit.”

One particularly fruitful trove of text data the NSA exploits is auto-generated text messages sent, for example, when a person misses a phone call or receives a roaming alert. According to the Guardian, the NSA uses the metadata from these automated texts to build contact networks, track border crossings (from roaming charge alerts) and follow financial transactions.

An NSA spokesperson defended the program to the Guardian: “Dishfire is a system that processes and stores lawfully collected SMS data. Because some SMS data of U.S. persons may at times be incidentally collected in NSA’s lawful foreign intelligence mission, privacy protections for U.S. persons exist across the entire process concerning the use, handling, retention, and dissemination of SMS data in Dishfire. In addition, NSA actively works to remove extraneous data, to include that of innocent foreign citizens, as early as possible in the process.”

The documents indicate that communications coming from U.S. phones were purged from the database. Those in the U.K., however, were stored.