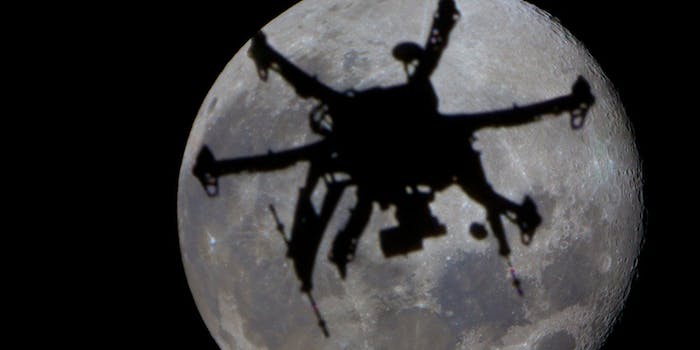 As Vocativ reported, the agency’s tracking boxes are used to locate electronic devices known to be used by terrorists operating abroad. The article does not specify how exactly the agency processes this data, only that it assists the Central Intelligence Agency in carrying out deadly drone strikes.

According to the Bureau of Investigative Journalism, the CIA has carried out as many as 792 drone strikes since 2004, killing thousands of combatants and civilians in Pakistan, Yemen, and Somalia.

The Vocative report—on which neither the CIA nor the NSA commented—claimed that the NSA’s tracking capabilities turn electronic devices into missile beacons for drones.

If true, the report suggests the deadly side of the agency’s data collection and processing capabilities. However, it should be pointed out the revelation bears little relationship to the agencies controversial spying activities disclosed this summer by former CIA and NSA contractor Edward Snowden.

A large part of the controversy surrounding the Snowden leaks stems from the fact the the NSA appears to be engaging in the broad, aimless surveillance of U.S. citizens—a practice that has raised moral and legal questions around the world. This is because the massive spying suggests that the agency has overstepped its stated national security directive.

By contrast, the NSA assisting the CIA with drone strikes is well within its historical mission. The agency was originally formed as a loose group of Army, Navy, and Air Force signals intelligence outfits that provided SIGINT during the Korean and Vietnam Wars that informed troops of the locations of enemy soldiers.

Now, the NSA “is basically in charge of the battlefield SIGINT on these drones,” longtime intelligence journalist James Bamford told Vocative.

The controversy in the case of the Vocative report stems from disagreement over the morality of the U.S. using drones to kill suspected terrorists from afar. This is in part because drones appear to have such a high civilian casualty rate. Further, the White House defines any adult male as a combatant unless proven otherwise.

In short, the Vocative report shouldn’t be used to inform the discussion over whether NSA surveillance has gone to far. Instead, it provides further context for understanding the reality of the White House’s drone strike policy.