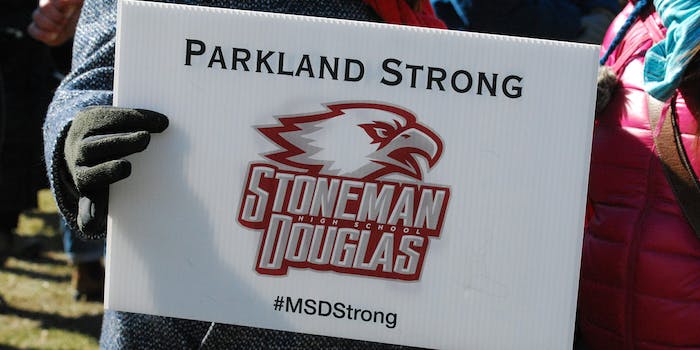 In the email he questions the official account of what happened.

A National Rifle Association (NRA) officer emailed a Sandy Hook conspiracy theorist shortly after the school shooting in Parkland, Florida, according to a new report.

The emails were obtained by HuffPost, which show NRA officer Mark Richardson emailing Wolfgang Halbig, who believes the Sandy Hook Elementary School shooting in 2012 was a false flag operation. The emails happened shortly after the shooting Parkland, which left 17 people dead.

The email shows Richardson was not willing to accept the truth about the Parkland shooting.

“Just like SH, there is so much more to this story. He was not alone. Just a few questions that have surfaced in the past 24 hours. Thank you for all the information And for what you do,” Richardson wrote to Halbig, according to the news outlet.

Richardson also questioned how the Parkland shooter was able to “pull the fire alarm” and how he was able to gain access to the school “while in possession of a rifle, multiple magazines, smoke grenades and a gas mask?”

“Concerning what happened in Florida yesterday, I have been asking the question and no one else seems to be asking it,” the NRA officer wrote to Halbig.

The email was obtained by HuffPost as part of a lawsuit against Alex Jones and InfoWars brought by a parent of a victim of the Sandy Hook shooting.

In an email to the news outlet, Richardson defended reaching out to Halbig, reiterating his questions about how the Parkland shooter was able to enter the school, adding: “No one else seems to be interested enough to even ask the question?”